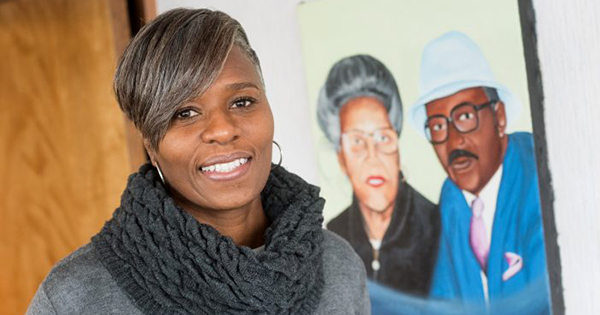 W.T. Stevens Construction, a Black-owned construction firm with about 25 employees, has been awarded a multi-million dollar service contract to replace more than 18,000 lead corroded pipes across the city of Flint, Michigan. The company is one of just four companies recently contracted under a court order to complete the project.

The company was founded by a Black entrepreneur named W.T. Stevens back in the 1990’s, but he died in 2002. His daughter, however, Rhonda Grayer, now serves as vice president. She works as a team with her husband, Jeff Grayer, who serves as a project manager for the company. Both are natives of Flint, Michigan, and Jeff is also a former NBA player who played for the Golden State Warriors and Milwaukee Bucks for more than 10 years.

On getting the contract

In a recent exclusive interview with TNJ.com, Jeff said, “This is home for me and my family and I wasn’t going to sit back and do nothing as a person or as a businessman.” He added, “This is the biggest project our company has ever done and as a result of the water line contract our gross revenues have increased by about 70 percent.”

He also says that they expect to have 6,000 water lines replaced in the city by the end of the year. “The target is to have all 18,000 lead corroded residential pipes replaced by December 2019,” he said.

In a separate interview with TheHubFlint.com, Rhonda comments, “It is really exciting, and the most important part of it is the opportunity to employ people who may not have had other opportunities.”

Why it really is a crisis

The Flint water crisis began in 2014 when the Flint River became the drinking water source for people who lived in the city of Flint, Michigan. Due to insufficient water treatment, over 100,000 residents were potentially exposed to high levels of lead in the drinking water. A federal state of emergency was declared in January 2016 and Flint residents were instructed to use only bottled or filtered water for drinking, cooking, cleaning, and bathing. As of early 2017, the water quality had returned to acceptable levels; however, residents were instructed to continue to use bottled or filtered water until all the lead pipes have been replaced.

In March 2017, a $97 million settlement was approved by a federal magistrate mandating that thousands of pipes be replaced. The money will come from both state and federal funds, and the state of Michigan will also reserve an additional $10 million in case the job requires it.

Not just about the money

The Grayers are not just all about the money. They really want to help rebuild the community. Jeff comments, “This is a major project that will ensure public safety and start rebuilding trust between the city and the community… something that has been missing awhile.”

When asked about how her father would feel if he were still alive, Rhonda comments, “Now, it is definitely a family business. We all do something. I think he would be very, very proud of where we are at this time.”