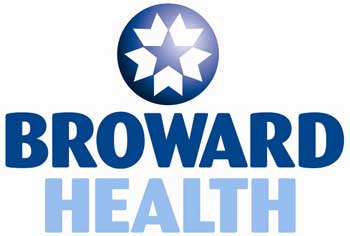 From The Westside Gazette Editorial Board (WEB)

Elsewhere in this paper we are publishing the response of Broward Health CEO Frank Nask to our recent Editorial taking strong issue and offense with the comments in the press of one his Commissioners and his Marketing Vice President regarding the reasons for the recent renaming of Broward Health hospitals.

For those who may not have seen our Editorial, we basically said that we were offended by the comments which rather unabashedly stated that a main reason for the renaming, of Broward General particularly, was because it and other Broward Health hospitals were identified as public hospitals serving the poor and uninsured:

“The idea was to create a brand that doesn’t suggest a public hospital…too many prospective patients stay away from Broward General because they believe it is a facility for the uninsured” said Commissioner Rich Pul-Hus. “People say, ‘That’s where you go when you don’t have insurance…The idea is to improve the image of the public hospitals, which people may associate with the indigent Nask’s Marketing Vice President Sara Howley said.

Yes, we were offended, given the history of Broward General in the days when Black physicians and their patients were told “You are not welcome.” Regarding these insensitive remarks which belied ignorance of the past, we said:

“These negative comments are an affront to the dedicated doctors, nurses and other professionals who feel that providing quality health care to the indigent, under and uninsured is a special benefit of working at Broward General, the other District hospitals and especially meeting the needs of those served through Broward Health’s Community Health Services which is doing such an excellent job in our community. From the comments quoted above, we can assume that these categories of patients are considered “those people” who are hurting Broward Health’s image and ability to compete in the hospital marketplace in Broward.”

For the record, we never stated, implied or inferred that Broward Health physicians, staff or facilities were not among the best in the provision of high quality health to all—insured and non-insured. In fact, we commended their service and commitment. Therefore, there was no reason for Mr. Nask to belabor that point. We agree that these dedicated professionals are doing a great job and we understand issues related to competition and the need for non-tax revenues.

Our concern was the clear implication in the comments of one of Mr. Nask’s Commissioners and his Vice President that a main reason for the name change was because of a perception that they served the poor and uninsured—the mission of Broward Heath as a Safety Net Hospital.

We note Mr. Nask’s extended explanation in his response of the great service Broward Health provides to the uninsured. Fine,—that’s its mission! Our point was don’t attempt to hide or get away from it. Can’t you do both: care for the poor and uninsured and also be known as a top quality health care provider for the insured. Isn’t that what your current media marketing campaign is attempting to do?

It was once said that if you find yourself in a hole stop digging. After pointing out all of the reasons for re-naming his facilities, Nask could not help himself and fell back on the same explanation that we found so offensive when uttered by Pul-Hus and Howley:

“Our research year after year has shown that a significant number of people with medical insurance associate some of our existing brands in the system with care for uninsured patients, only a perception that may keep them from seeking care in our facilities.”

Bingo Mr. Nask—that’s the attitude that got our dander up.

Nask should look at his own BH website touting the virtues of BH facilities.

Does he really think that an insured traffic accident or crime victim will tell paramedics “don’t take me to Broward General’s Trauma unit because it is for poor people?” Does he think, and his research say, that the insured parents of a six month old child having seizures will say, “Don’t take her to Chris Everett because it is part of Broward General, the poor peoples’ hospital?”

Come on Mr. Nask. Give people credit. Better check your research methodology and have some respect for your clientele and staff. As you said, let people know that Broward Health has a “team of over 2,000 of American’s best physicians and more than 8,000 committed healthcare professionals.” Let that be the guiding light to build your insured base—not negative aspirations on those you are mandated to serve.

Nask and Broward Health aside, what is really revealing in this situation is the lack of a public outcry from officials and others who represent the poor and uninsured. Well, what else is new? In this and countless other examples we could cite, nothing changes in Broward County.

Our conscience is clear.