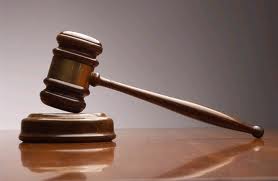 By Your Black World

A court ruled on Monday that when a doctor temporarily paralyzed a man to pull crack cocaine from his rectum, he also violated the suspect’s Fourth Amendment rights.

Felix Booker of Tennessee was pulled over for driving with expired tags, but police used drug sniffing dogs to determine that he had drugs on his person. Also during the stop, police became suspicious after Booker continually tried to put his hands down his pants and behaved nervously.

Officer Daniel Steakley arrested Booker after he found a good amount of marijuana down Booker’s pants. But once Booker was taken to the police station, he began behaving even more erratic, even barricading himself in an interview room.

Police took Booker to a room and strip searched him, where they found a “small string protruding” from his rear end. After Booker continued resisting, officers took him to the emergency room at Oak Ridge Methodist Medical Center, where Dr. Michael LaPaglia temporarily paralyzed Booker and removed the crack cocaine from his rear end. The doctor first tried to remove the item by hand, but Booker tightened his rear, preventing the intrusion.

“If an individual does not want you to enter their rectum, you are not going to,” LaPaglia said, explaining why he was unable to remove the cocaine by hand.

But the doctor believed, based on what he’d been told by the officers, that Booker’s life was in danger, explaining that the concealed drugs were in “a part of the body that absorbs drugs very readily.”

So LaPaglia administered a drug that paralyzed Booker for a short time, allowing LaPaglia to remove the drugs from Booker’s rear end.