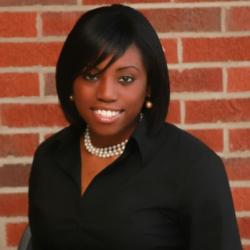 There’s an old saying that “the squeaky wheel gets the grease” and that phrase rang true on Monday as Attorney General Eric Holder, in an address to members of the American Bar Association, announced major justice reforms specifically aimed at reducing mass incarceration.

http://cnt-aranjuez.org/?s=남원릉콜걸샵{카톡-+Mo27}『m+oo27.c０M』출장맛사지출장샵안내Y┵↙2019-03-24-14-05남원♧AIJ╔출장업계위출장가격출장안마추천▣출장오쓰피걸♚외국인출장만남⇜남원 His push to address large scale imprisonment rates has sparked a pivotal moment in history and recharged the fight for justice equality.  For years, advocates (including Dr. Boyce Watkins, Russell Simmons, and others) have been calling for justice initiatives to address the issue of mass incarceration.  Over the last thirty years, the U.S. prison population has increased by nearly 800 percent.

Buy Xanax Singapore The sheer size and scale of U.S. prison population growth has been unrivaled by any other nation.  Along with leading the world in incarceration rates, surpassing even China, a far more populous country, the U.S. accounts for nearly 5 percent of the world’s population, but harbors nearly 25 percent of its total prison population.  The Bureau of Justice Statistics (BJS) reports that last year alone, nearly 1.5 million people were held in state and federal prisons.  More disheartening is the fact that 38 percent of those prisoners held in state and federal prisons were African Americans and a vast majority were African American men.

http://artists-atelier.com//wp-content/uploads/2013/09/absolute-beginner-acrylic-neil300@2x.jpg The exponential growth of the U.S. prison population has been primarily caused by the War on Drugs.  Through street-level enforcement of drug laws and mandatory-minimum sentencing, the War on Drugs has been referenced by some as “a prisoner generating machine” and others as the key contributor to the mass incarceration of people of color.

Buy Alprazolam Cheap Although Whites and African Americans use illegal drugs at relatively similar rates, the Bureau of Justice Statistics notes that over 60 percent of the people imprisoned for drug offenses are either African American or Hispanic.  This staggering rate of African American imprisonment not only paralyzes the individual but also cripples the community.  The exit and re-entry of inmates leads to broken homes, fosters economic challenges, disrupts the cohesiveness of communities, and ultimately perpetuates social disorganization.

http://audiodescription.co.uk/directory Moreover, African Americans face tough collateral consequences as a result of their involvement with the criminal justice system which often prevents them from employment opportunities, access to public housing, and student loan eligibility. These collateral consequences place significant barriers to socio-economic advancement.  So, the Attorney General’s move to address the issue of mass incarceration not only represents a substantive change for traditional approaches to criminal justice but is also a major step in addressing some of the social ills that plague the African American community.

Get Prescribed Alprazolam Online It has been noted that the War on Drugs has become one of the greatest social impairments of the African American community.  In order to address its deleterious impact, the Attorney General suggested the expansion of federal prosecutorial discretion.  He instructed prosecutors to avoid imposing drug charges which trigger mandatory minimum sentences, on non-v*****t, low level offenders.  For these defendants, prosecutors would no longer need to specify the quantity of drugs for which the defendant is being charged.

Best Online Xanax Forum Doing this eliminates the need for a mandatory minimum sentence.  In the past, a non-v*****t, low level offender carrying five kilograms of cocaine, would automatically receive a mandatory minimum sentence of ten years.  Under the Attorney General’s new policy, that same offender could be eligible for a much shorter sentence, if any.  This change would spare low level drug offenders from excessive punishment and allow more punitive charges to be reserved for v*****t criminals and drug kingpins.

http://tamaralounge.com/?y=Order-Alprazolam-From-Mexico The Attorney General also suggested the expansion of “Compassionate Release” programs.  These programs would allow more elderly offenders and offenders with medical issues to be eligible for early release.  With nearly 13.5% of the total prison population over fifty, and minorities representing nearly 48% of the prison population over fifty, longer sentences have led to what some often referred to as the graying of the prison population.  This phenomenon has significantly contributed to overcrowding and has served as a strain on already stressed state and federal prison budgets.  The average annual cost of an aging prisoner is nearly $68,000.  The expansion of “Compassionate Release” programs would not only alleviate expenses associated with providing care to aging prisoners but also assist with easing prison overcrowding.

Lastly, the Attorney General suggested enhancing the use of diversion programs as well as prevention and re-entry initiatives.  Such programs would help people avoid criminal justice involvement and substantially improve budgetary constraints.  Although the federal government spends nearly 80 billion dollars annually on incarceration, it has been consistently noted that diversion, prevention, and re-entry programs are far cheaper and can render more favorable results for offenders.

http://grosirrumahan.com/tag/blouse-katun-bangkok/feed The justice reforms outlined by the Attorney General are a major step in improving the socio-economic wellbeing of the African American community.  Far too many African American families and communities have been broken as a result of tough on crime policies and mandatory sentencing, which subsequently perpetuates the vicious cycle of poverty and crime.

http://learnwithojo.com/product/magnetic-wooden-shapes/?add-to-cart=1777 By implementing policies to address the War on Drugs, providing more opportunities for early release, and embracing more prevention and diversion programs, these reform efforts trigger a paradigm shift in contemporary approaches to justice that are cost effective and less punitive.          The Attorney General is leading the way and these reform efforts represent a milestone in the fight to end mass incarceration, however there is still work to be done.

http://bisnisbajumu.com/wp-cron.php?doing_wp_cron=1580915910.2198479175567626953125 Congress still needs to do its part.  Recent legislation such as the Justice “Safety Valve” Act and the Smarter Sentencing Act were created to reduce the impact of mandatory minimum sentencing and are a move in the right direction but they won’t accomplish everything.  Furthermore, the reforms proposed by the Attorney General are dependent on prosecutors who maintain their discretionary rights.  Discretion leaves room for bias and this could open the door for unintended consequences that could disproportionately affect African American offenders.  So, although the reforms are encouraging, and long overdue, the fight to end mass incarceration is not over.  We must remain vigilant and continue in our efforts to advocate for systematic legislative changes that specifically address mass incarceration.

How To Order Xanax Online Forum