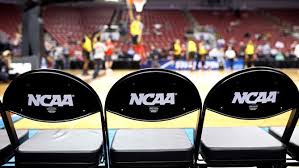 For the first time ever, the NCAA selection committee released a midseason top 16, letting the college basketball world know where things stand regarding the top 4 seeds in each of the four NCAA Tournament regions. It was February 11 when the committee gave us a preview of what they were thinking in regards to the NCAA Tournament bracket, and it was good news for both the Florida Gators and Florida State Seminoles. The ‘Noles were tabbed at the #2 seed in the Midwest region, which would potentially set up an Elite 8 showdown with Kansas. While the Gators were listed as the #3 seed in the South, which would send them to Memphis and a region that includes North Carolina. And all of that would set them up with great Tournament matchups and as favorites to advance into the Sweet 16, or deeper. Some of the shine has rubbed off of the ‘Noles since then, with losses to Notre Dame and Pitt following the initial release of that list. But both of those losses did come on the road, and there is still the upcoming ACC Tournament for FSU to add to its resume. That resume includes a 16-point win over Duke and five other wins against ranked opponents, including Louisville, Virginia, Virginia Tech, Notre Dame, and Florida. As for those Gators that did lose to Florida State back in December, they have been a team on the rise recently. And while they haven’t recorded as many ranked wins as Florida State, they do keep winning. The most impressive of those wins was a 22-point throttling of Kentucky and three straight SEC wins of 32 points or more. The Florida program went through a sea change when Billy Donovan left the program with his two National Championships. But Mike White, in just his second season in charge, has Gator basketball back in contention for a conference title and poised to make a run deep into the NCAA Tournament. Even if it doesn’t end up being the 3rd seed in the South when the selection committee makes its final decision on March 12, Florida will be seeded with the expectation that they will at least make an appearance in the Sweet 16. For Florida State, success in March will ride on the hot hand of experienced point guard Xavier Rathan-Mayes. In the ‘Noles 32-point win over Boston College Rathan-Mayes became just the fourth player in FSU history to record as many as 10 assists in a game while committing zero turnovers. And what makes Rathan-Mayes even more impressive is that he locks up against the other team’s point guard for full court defense each and every night. In the words of head coach Leonard Hamilton, “It takes an exceptional type of mental toughness to be able to do that.” The only thing not yet on Rathan-Mayes resume is an NCAA Tournament appearance. But that of course will change this March. And in terms of sticking around for a second weekend of Tournament play, if he plays in March like he has in February, don’t bet against him