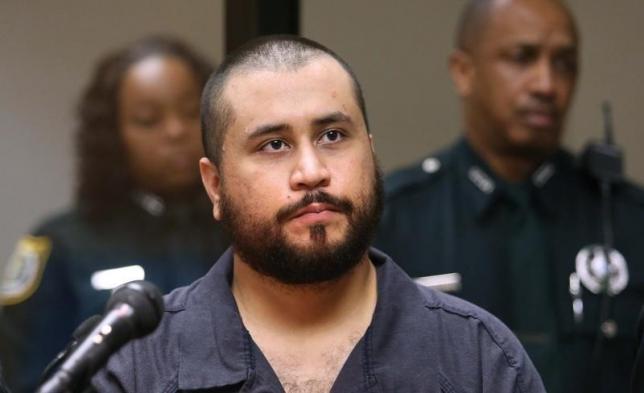 George Zimmerman listens to the judge during his first-appearance hearing in Sanford, Florida in this file photo taken on November 19, 2013.
REUTERS/JOE BURBANK/ORLANDO SENTINEL/POOL

George Zimmerman, who was acquitted of murder charges in the 2012 shooting death of an unarmed black teenager in Florida, suffered a minor wound after being shot at in his vehicle on Monday, police said.

Zimmerman, who has had several encounters with the law since 2013 trial, did not fire a gun in the Monday incident, which took place on a roadway in Lake Mary, Florida, a suburb of Orlando, according to police.

The other man involved was Matthew Apperson, police said. He called authorities to report the incident about the same time that Zimmerman flagged them down around 1 p.m. on Monday.

The cause of the incident was not immediately known, police spokeswoman Bianca Gillett said at a news conference

An attorney for Zimmerman said a bullet missed his head but he was hit by broken glass from the vehicle, according to WESH television station. Gillett said he had been released from the hospital.

Television images showed a bullet hole in the passenger window of Zimmerman’s vehicle.

Zimmerman, 31, a former Florida neighborhood watch volunteer, was acquitted of murder in the death of Trayvon Martin, an incident that prompted civil rights rallies and drew international attention to Florida’s controversial “stand your ground” law.

Earlier this year, federal prosecutors decided not to press civil rights charges against him.

Since being acquitted of second-degree murder and manslaughter charges in the Martin shooting, which he said was in self-defense, Zimmerman was arrested in January in connection with a domestic dispute. He was accused of throwing a wine bottle at his girlfriend but prosecutors dropped the charges after she recanted.

He was arrested in November 2013 after allegedly pointing a gun at a different girlfriend during an argument. Those charges were later dropped after the woman withdrew her complaint.

Zimmerman also has drawn the attention of authorities over accusations that he had threatened his then-estranged wife.

In another incident, he was accused of threatening to kill a man in a road-rage incident and he has been stopped for speeding in Texas and Florida.

News Release: The U.S. Supreme Court Rules in Favor of the State of Florida in Case of “Dog Sniff” Establishing Probable Cause During Traffic Stop