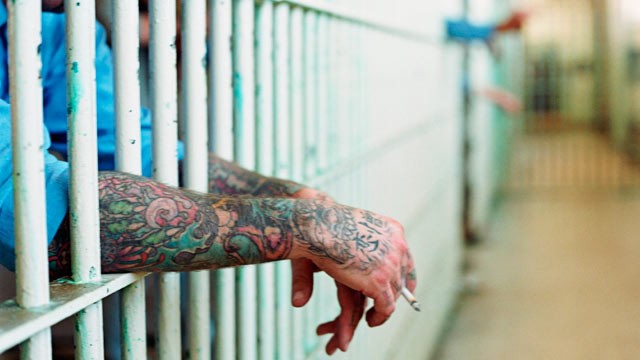 Alabama prisoners who say they are unfairly penalized for being HIV-positive are taking their accusations of discrimination to federal court today.

Lawyers from the American Civil Liberties Union will begin arguments today in a court in Birmingham on behalf of approximately 250 HIV-positive Alabama inmates whose rights, they say, are being violated under the Americans with Disabilities Act.

The lawsuit was the subject of an impassioned letter in the Washington Post this weekend by pop star Elton John, founder of the Elton John AIDS foundation.

“If you want to know what it was like to live with HIV/AIDS in the 1980s, state prisons in Alabama or South Carolina in 2012 offer some tragic examples,” John wrote. “But HIV is no longer a death sentence; simply having the virus merits neither cruel and unusual punishment nor the denial of opportunities to earn one’s way back into society.”

The prisoners can also get in trouble for mixing with the general population. Albert Knox, a prisoner named as a plaintiff in the suit, spent 45 days in a disciplinary segregation cell after he ate lunch with non-HIV prisoners he met through a substance abuse program offered at the prison.

The lawsuit alleges that the segregation is “stigmatizing and humiliating.”

The state asked the U.S. federal court in Birmingham last week to dismiss the suit on the grounds that the ACLU had not proved that there would be no risk of infection to other prisoners if the HIV patients were fully integrated. The court denied the state’s request, setting the stage for arguments beginning today about whether the policy violates the rights of the inmates.

Alabama and South Carolina are the only states that continue to separate HIV-positive inmates from the general population in state prisons.

According to the lawsuit, many states adopted similar policies in the 1980s at the height of the “public fear over the HIV/AIDS epidemic.” But by 1994, only six states maintained separate populations, and by 2003, only three states continued to keep HIV-positive inmates apart from the general population, according to the suit.

In 2010, the Mississippi Department of Corrections ended its separation policy, leaving Alabama and South Carolina as the only states to continue with inmate separation.