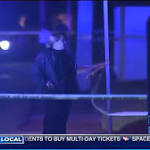 http://bandarbaju.com/sentra-grosir-setelan-ombak-size-4-6-anak-termurah-bandung-rp-24-500.html According to Lauderhill Police, at around 7:40 p.m. a bystander flagged down an officer at a bus stop and said they were a victim of an armed robbery. The person then told police that the subject fled into a Lauderhill neighborhood after stealing his backpack.

Buy Alprazolam From India After further investigation, the officer discovered the robbery actually took place in Plantation. The officer continued patrolling the neighborhood once the call was made to Plantation Police.

http://dynamotaxi.com/apple-touch-icon-152x152.png Police said the officer eventually found an individual matching the description of the armed robber. A perimeter was set up and more officers were called to the scene.

Once they confronted the subject, shots were fired resulting in the death of the subject.

Buying Xanax Phuket According to officials, a firearm was found near the individual.