PANAMA CITY BEACH, Fla. — An injured pelican was rescued by officers of Panama police and locals who helped capture it before it was taken to a vet for a medical check-up and rehabilitation.

The bird was recently spotted walking around on Caracol beach in the district of Chame, in Panama, and the National Police of Panama shared the clip on their Facebook page on March 21.

The video shows one of the officers slowly approaching the bird while another resident tries to distract it using a piece of cloth.

“Let’s protect our fauna,” said the National Police in Panama after posting the video with the hashtag encouraging citizens to help animals in need.

The seemingly calm bird appears cooperative initially but gets scared and tries to escape when it notices the officer close to her, but he still manages to capture it before it sprints away quickly.

The Pelican was then gently wrapped up in a towel to calm it down before it was placed into a box and transported to a veterinary center to be treated for its wing injury.

The video attracted a swarm of heart-warming comments from animal-loving netizens.

“Good job, arrest him for not wearing a mask,” said user Benito Ojo.

Pelicans are a genus of large water birds that make up the family Pelecanidae. They are characterized by a long beak and a large throat pouch for catching prey and draining water from the scooped-up contents before swallowing.

They have predominantly pale plumage, except for the brown and Peruvian pelicans. The bills, pouches, and bare facial skin of all pelicans become brightly colored before the breeding season. The eight living pelican species have a patchy global distribution ranging from the tropics to the temperate zone. However, they are absent from interior South America and polar regions, and the open ocean. 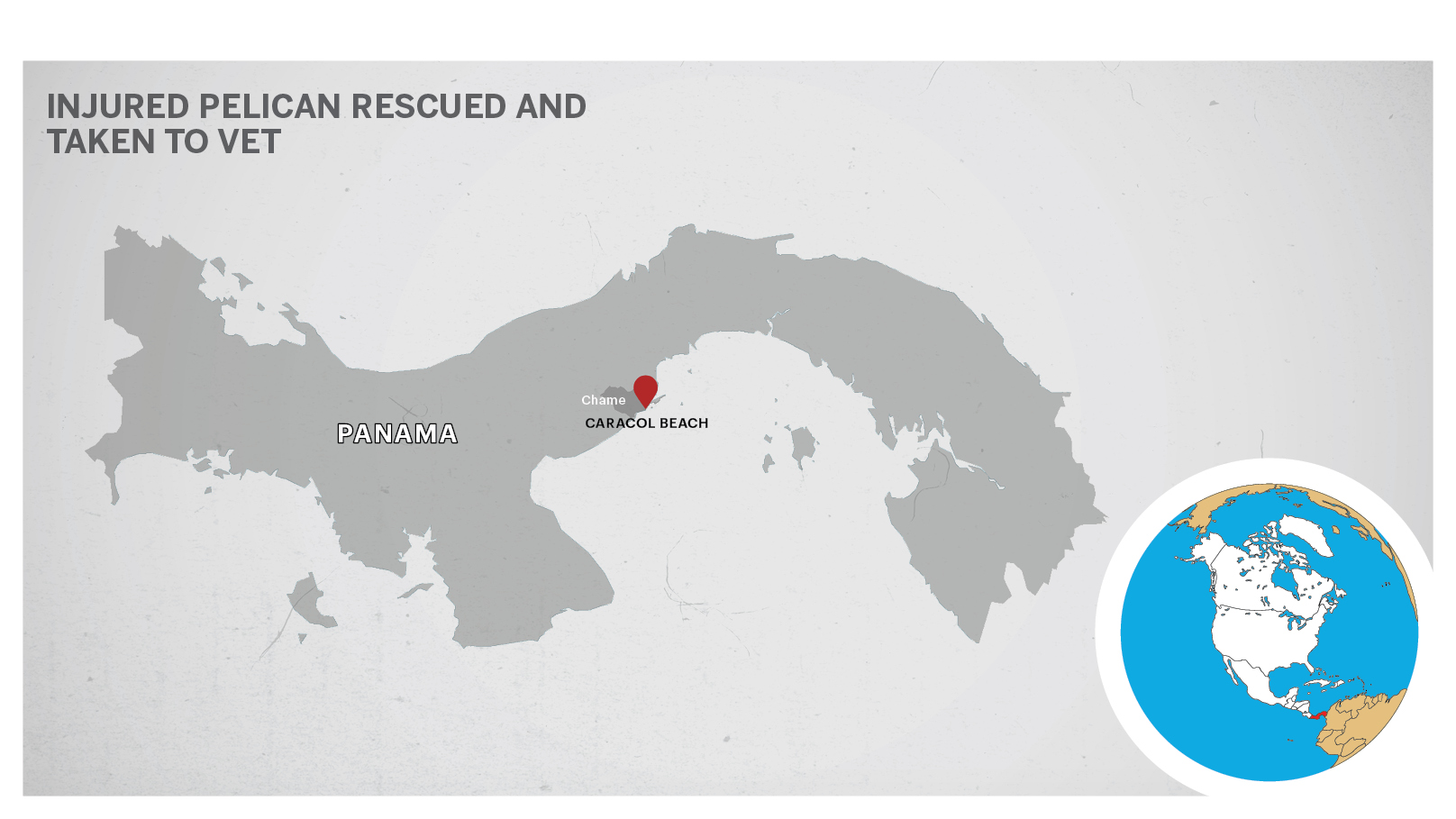 Pelican’s frequent inland and coastal waters feed principally on fish, catching them near the water surface. They are gregarious birds, traveling in flocks, hunting cooperatively, and breeding colonially. Four white-plumaged species tend to nest on the ground, and four brown or grey- plumaged species nest mainly in trees.

The relationship between pelicans and people has often been contentious. The birds have been persecuted because of their perceived competition with commercial and recreational fishing. Their populations have fallen through habitat destruction, disturbance, environmental pollution, and three species of conservation concern.

The post Locals Help Officers Capture Injured Pelican From Beach And Take Him To Vet appeared first on Zenger News.