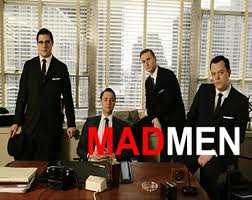 The AMC critically acclaimed drama “Mad Men” just recently took on a very challenging task of paying homage and telling the story of the assassination of Dr. Martin Luther King, Jr., in last week’s episode. “Mad Men” takes place in the 1960s and is about an advertising agency on New York City’s Madison Avenue.

The episode showed the point of view of the characters upon hearing of MLK’s assassination. The characters get word of his death over the radio and at an advertising awards show. As the actor playing Paul Newman is speaking at the awards show, he is interrupted by an anonymous voice in the crowd saying that Martin Luther King Jr. had been shot. Other characters heard about it over a romantic dinner.

The episode entitled “The Flood” comes from the character Morris’s analogy of King’s death to the biblical story of Noah’s Ark. The episode did not exactly touch on the impact that the leader’s assassination had on civil rights but instead, focused on how far removed white America was from the tragic situation and their own family lives. As vintage Walter Cronkite reports played, the show recreated the rioting and confusion that hit the nation moments after the civil rights leader’s death. The only time that the characters recognized the impact of the assassination on an African American character was when they were trying to show their secretaries some consideration by offering them the day off.

Dr. Martin Luther King Jr. died on April 4, 1968. King was in Memphis supporting the black sanitary employees, who had been on strike since March 12th. On April 3rd King gave his famous speech, “I’ve Been To The Mountaintop”, which almost seemed to eerily foreshadow his death.

In part of that speech he said, “And then I got to Memphis. And some began to say the threats, or talk about the threats that were out. What would happen to me from some of our sick white brothers? Well, I don’t know what will happen now. We’ve got some difficult days ahead. But it doesn’t matter with me now. Because I’ve been to the mountaintop. And I don’t mind. Like anybody, I would like to live a long life. Longevity has its place. But I’m not concerned about that now. I just want to do God’s will. And He’s allowed me to go up to the mountain. And I’ve looked over. And I’ve seen the promised land. I may not get there with you. But I want you to know tonight, that we, as a people, will get to the promised land. So I’m happy, tonight. I’m not worried about anything. I’m not fearing any man. Mine eyes have seen the glory of the coming of the Lord.”

“Mad Men” has received most of its acclaim for its historical authenticity, acting, and writing. The show has earned fifteen Emmys and four Golden Globes. It is the first cable series to ever win an Emmy for Outstanding Drama Series