Mike Tyson seems to be capitalizing on California’s newest legislation

New reports suggest that Mike Tyson has purchased 40 acres of land in California in order to grow marijuana. Tyson purchased the property in a town with a population of just 15,000 residents located southwest of Death Valley. This news comes shortly after the state of California legalized the sale of recreational marijuana as a not-so-surprising New Years announcement.

According to The Sun, the former pro-boxer’s ranch, aptly titled “Tyson’s Ranch” will have 20 acres designated to master marijuana growers, who will transform their environment into a habitat for the famed plant. Additionally, the newspaper also reports that there will be an educational seminar on proper strain growth and maintenance called the “Tyson Cultivation School.” Furthermore, the ranch may also contain an amphitheatre, luxury camping grounds and cabins, which really enlivens this ranch into a fantastical domain.

As an ardent supporter of medical marijuana, Tyson will reportedly conduct research on his ranch to help further develop the clinical benefits of the plant. Here is a photo of Tyson and his business partners Robert Hickman and Jay Strommen posing on the plot of land that will carry-out their various business and philanthropic ventures: 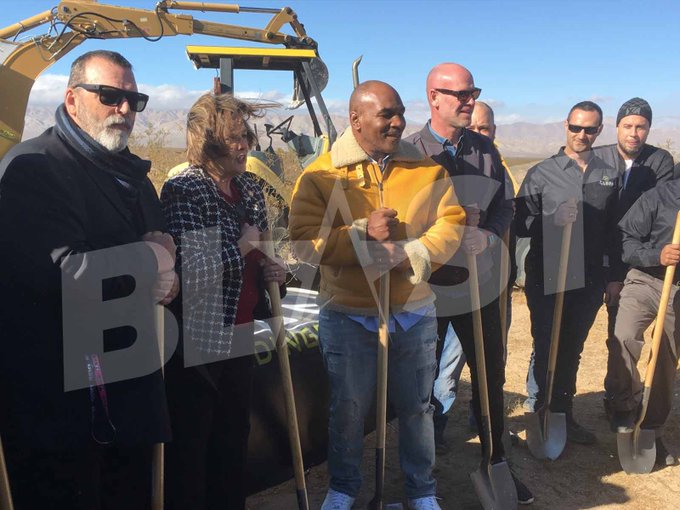 Former heavyweight champion Mike Tyson (pictured right) has led a life that few can even imagine. Tyson made a fortune but then lost it all as an ex-felon, drug abuser, womanizer, and sex addict. Yet, in recent years, […]