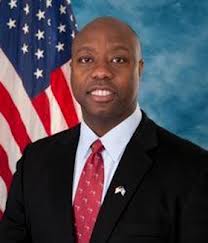 For the past few days, pundits on the right, like Fox News’ Bill O’Reilly, have been railing against the organizers of the 50th anniversary of Martin Luther King Jr.’s March on Washington for not inviting conservatives. It turns out however that at least one prominent conservative was invited but declined the invitation.

Sen. Tim Scott, the only African-American U.S. Senator, initially told D.C.’s Roll Call through a spokesperson that he’d not been invited to the commemoration, but Roll Call obtained an email on Thursday afternoon which confirms that Scott’s office declined the invitation to attend the historic event.

After receiving the invite, Sen. Scott’s office declined to attend the event as a spectator, according to Roll Call‘s source.

“Much of the speaking program was created based on those who were able to confirm availability to attend the event, and thus were able to speak at the event,” the source explained.

An email obtained also confirmed that Scott’s office officially declined an invite to attend the festivities celebrating the 50th anniversary of King’s March On Washington where he gave his famous “I Have a Dream” speech.

The admittedly late invitation was sent to Scott’s office on August 8th from the Coalition for the 50th Anniversary of the March On Washington. The letter appears to have been a standard form invite sent out to all members of Congress.

The next day, a staff assistant declined the invitation:

“Thank you for extending to Senator Tim Scott the invitation to the 50th Anniversary of the March on Washington on August 28th. Unfortunately, the Senator will be in South Carolina during this time, so he will be unable to attend the event. Please do, however, keep him in mind for future events you may be hosting.”

Fox News’ Bill O’Reilly apologized on his show for assuming that no Republicans had been invited to the historic celebration.