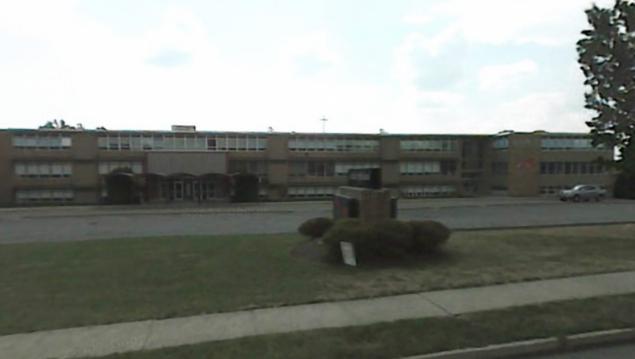 La Salle High School in Cincinnati was on temporary lockdown Monday morning after reports of a shooting on campus.

A student shot himself with a gun in front of his classmates at their Cincinnati high school Monday morning, officials said.

Authorities arrived at La Salle High School after several students called 911 around 9 a.m. The victim, believed to have been trying to commit suicide in his classroom, was rushed to the University of Cincinnati Medical Center, the Hamilton County Sheriff’s Office said.

Officials lifted a brief lockdown at the all-male Catholic high school following reports of a shooter on campus.

Authorities said they’ve confirmed the victim’s identity, but wouldn’t immediately release it to the public. His condition was unknown.

“We just ask that you pray for him and his family as he’s fighting for his life today,” Greg Tankersley, La Salle’s director of community development, told reporters.

Parents were being reunited with their children following the incident, reported ABC affiliate WCPO-TV.