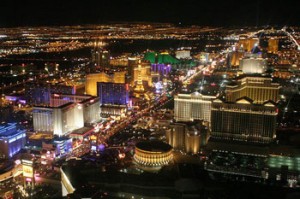 The ninth in a series of articles about the Road to AIDS 2012, a 17-city tour that seeks to define the state of the U.S. epidemic and that leads up to the International AIDS Conference in Washington, D.C., in July 2012. The eighth installment reported on the New York meeting.

Nearly two years after the White House released the National HIV/AIDS Strategy (NHAS); several Las Vegas residents who attended a town hall meeting on April 16 at the Progressive Leadership Alliance of Nevada complained that they knew little, if anything, about it.

An audience made up largely of community members, community-based organization leaders and legal professionals discussed some of the challenges in the fight to end the HIV/AIDS epidemic. While the NHAS has established several goals designed to aid in that cause, town hall participants said that there has been little effort to ensure that the local community understood the national strategy in the first place.

Younger members of the audience were particularly frustrated with the lack of communication about the strategy. “Being that I’m in the 18-25 age range, I’ve never heard of the strategy,” said one audience member. “I think that’s a problem.”

But the lack of information wasn’t unique to a specific age group. “I haven’t heard much about it, either,” stated an older audience member. “I think we’re doing a great disservice, since it’s a year out and that information hasn’t been disseminated to the general population.”

The NHAS was released on July 13, 2010, giving the United States a blueprint for fighting the HIV/AIDS epidemic. Its goals include reducing the incidence of HIV, increasing access to care and reducing HIV-related health disparities. Although the document lays out a plan, it stresses that communities must work together if the plan is going to be successful, pointed out A. Toni Young, moderator of the event and executive director of Washington, D.C.-based Community Education Group. If communities are largely unaware of the document and its tenets, the likelihood of success de-creases, Young said.

Many reasons were given for the lack of knowledge about the strategy. Town hall participants pointed to a disconnect between the federal government and those on the ground in Nevada. “There is no congruency between what’s said in Washington and what comes down to the state and local com-munities,” one town hall participant said. “You can take a paragraph that was written in D.C. and it becomes different paragraphs in different parts of the country.”

Others complained that local organizations didn’t represent the needs of all community members. For example, one audience member said that the local community-planning group does not have much youth representation, so young people don’t feel that their needs are being met. “As a youth, I feel like we get leftovers,” the participant said. “I just turned 22. I feel like we’d be more interested if we had someone around our age rather than someone who’s 40 telling us what to do.”

Once frustrations were expressed, several town hall participants expressed a desire to work better together in the future. Others stressed the importance of being more proactive to make sure all voices are heard. For example, rather than complain about having no voice, “young people have to apply to be on the community-planning group,” said Young.

While the lack of knowledge about the strategy may have been a hindrance to past efforts, town hall participants must move forward with the new information and figure out how to apply it to their local community, said panelist Marsha Martin, director of the Urban Coalition for HIV/AIDS Prevention Services. “Talk to your agency about the strategy,” she said. “Figure out what the Nevada strategy is.”

The entire Road to AIDS 2012 tour is a joint effort between the Washington, D.C.-based Community Education Group, the Urban Coalition for HIV/AIDS Prevention Services, pharmaceutical company Merck and AIDS 2012. The Road to AIDS 2012 will seek community input in cities across the country. That input will be shared at AIDS 2012 in Washington, D.C., when the International AIDS Conference is on American soil for the first time in more than 20 years.

Tamara E. Holmes is a Washington, D.C.-based journalist who writes frequently about health and wellness.

A friend of mine took me to The Cork, and man—I had some fried catfish and chicken. It was sooo good!” cheers The Voice contestant Jamar Rogers […]

Toni Young is the founder and executive director of the Community Education Group in Washington, D.C. Since January she has served as moderator for the Road to AIDS 2012 national town hall meetings. […]