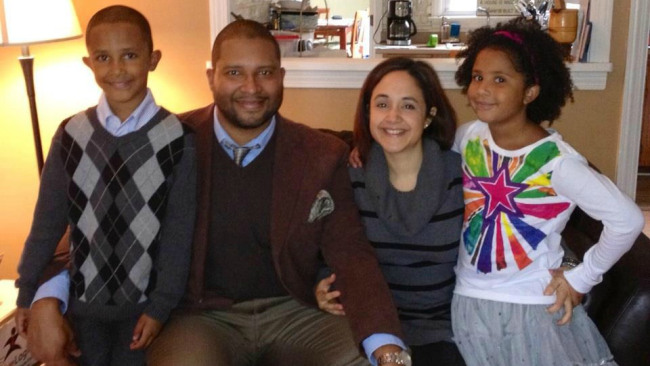 Saxophonist Jimmy Greene was among those who lost his daughter, Ana, in the Sandy Hook Elementary School shooting, according to jazzblog.ca and CBC News.

Greene is a noted saxophonist, composer and bandleader who most recently taught in the jazz program at the University of Manitoba.

Greene and his family had just moved from the town of Winnipeg, Canada to Newtown, Connecticut this past July. Greene, 37, grew up in Connecticut himself and both of his children attended Sandy Hook.

Whyte Ridge Baptist Church, the Winnipeg church that Greene and his family attended when they lived in Canada, held a vigil for Ana last Friday in honor of the young girl’s life.

“Through these times it rocks anybody’s world, losing a child, and so we’re holding ourselves up in grief but holding them up that their faith be unshakable,” said Terry Janke, the church’s senior pastor.

One of Greene’s closest friends and colleagues from Winnipeg, Steve Kirby, described Greene’s children as bright and talented.

“Really talented, beautiful children,” Kirby said. “Picture-book children, and obedient and spiritual — you know, the kind of kids you want moving in next door.”

Jimmy Greene posted a short statement on his Facebook: “Thank you for all of your prayers and kind words of support. As we work through this nightmare, we’re reminded how much we’re loved and supported on this earth and by our Father in heaven. As much as she’s needed here and missed by her mother, brother and me, Ana beat us all to paradise. I love you sweetie girl.”Below is the song entitled “Ana Grace” off Jimmy Greene’s 2009 album Mission Statement: