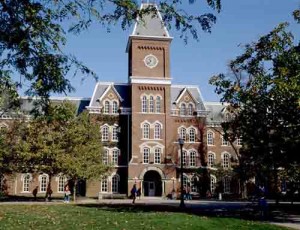 THE CAPITAL, TALLAHASSEE, FL — As a panel appointed by Gov. Rick Scott to review higher education in Florida met for a third time Monday, state universities were plotting their next moves after last week’s unprecedented rejection of a series of proposed tuition increases.

Buy Xanax Europe For the most part, the schools seemed likely to go along after a number of them were partially rebuffed in their efforts to have “differential tuition” increases approved by the Florida Board of Governors, which oversees the state’s system of 12 universities. Many of the schools saw their requests trimmed by the board after weeks of pressure by Scott to hold tuition down.

http://tamaralounge.com/wp-content/plugins/linklove/linklove.php?s=true Florida State President Eric Barron, who said last week he would consider asking the university’s board to file an appeal, told reporters on Monday that he later decided against it.

How To Get Prescribed Xanax Online

“How could it not have?” Barron said.

Alprazolam Online Europe Of the eight board members who voted against at least 50 percent of the tuition increase proposals, four were appointed by Scott. In addition, Education Commissioner Gerard Robinson, the only board member to vote against every proposed increase, was not directly appointed by Scott but was the governor’s choice for the commissioner’s job, which includes a spot on the board.

Brand Xanax 2Mg Online Every board member voted against at least one proposal, though sometimes with the intention of pushing the proposed increases higher. But 67.5 percent of the votes cast by Scott’s appointees were against tuition increases, compared to 40 percent of the votes cast by board members originally named to their spots by former Govs. Jeb Bush and Charlie Crist.

Buy Cheap Xanax Overnight Shipping Online In addition to Robinson, two other members of the board are not directly appointed: faculty representative Richard Yost and student representative Cortez Whatley. Both voted against four increases that were lower than what institutions had requested. Only Chairman Dean Colson, whose lone vote against a tuition in-crease reflected his frustration with Florida
A&M University, voted against fewer increase proposals.

Cheap Alprazolam Online Barron spoke Monday in front of Scott’s higher education task force, which the governor commissioned shortly after vetoing a measure that would have allowed the University of Florida and FSU to request virtually unlimited tuition increases in order to boost their research and academic profiles.

Buy Pakistani Xanax There seemed to be at least some support on the task force for tuition increases. One member of the panel floated the idea of allowing high-caliber departments to also ask for higher tuition rates, instead of the more limited measure rejected by Scott.

http://bisnisbajumu.com/2017/11/grosir-gamis-klok-syari-dewasa-murah-tanah-abang-82ribu.html And Rep. Bill Proctor, a St. Augustine Republican who sponsored that measure and is on the task force, said during a break in the meeting that he wasn’t pleased with the Board of Governors vote.

http://orientafricatravel.com/wp-cron.php?doing_wp_cron=1580911056.7993969917297363281250 “Obviously, I was a little disappointed in it because I still feel like that the format we put forth in the preeminence bill was a better format for arriving at tuition needs,” Proctor said. “ … But maybe they didn’t have time to work on a more metric-oriented approach, which I think ultimately we need to get to.”

Gov. Rick Scott continued on Friday to argue against setting up exchanges to help people find health insurance, saying they won’t make health coverage cheaper and may not give people coverage they want. […]

http://tamaralounge.com/?amp;736=e8 lawmakers to avoid cutting the education budget this year, […]