Here is Benjamin Crump talking about Marlon Brown on CNN in September: 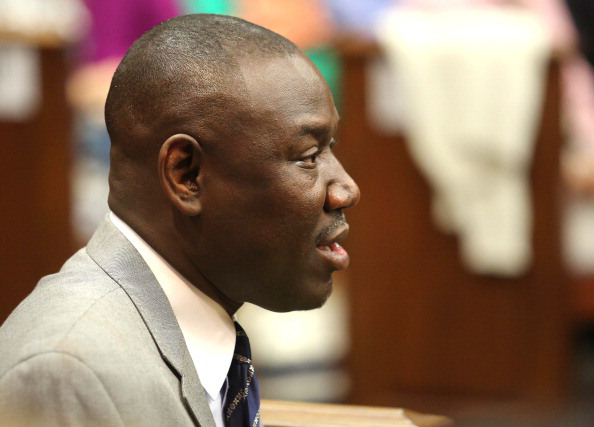 Benjamin Crump is an attorney from Florida who represents Trayvon Martin‘s family and is an advocate for civil rights. He is partner in his own law firm in Tallahassee, Florida, Parks & Crump, LLC, according to his official website.

Over the years, he has represented victims and their families in a number of other high-profile cases with a civil rights or racial justice angle, including the parents of teen bootcamp death victim Martin Lee Anderson; the family of Alesia Thomas, the handcuffed Los Angeles woman who died in police custody after being kicked; the family of Kendrick Johnson, the teen who was found dead inside a gym mat at school; and the family of Marlon Brown, who was run over by a police car in Florida.

Crump, 43, was born in Lumberton, North Carolina. He learned about racial injustices early on. It was at a very young age — fifth grade to be exact — when he became interested in civil rights. “It was a situation to me, that I said, ‘Why do people on that side of the tracks have it so much better than people on our side of the tracks?’” he says.

Crump moved to Florida during his high school years to be closer to his father. He received his criminal justice degree from Florida State University in 1992, and juris doctor in 1995. While at school he met Daryl Parks, who became his future law partner in 1997 when they opened their practice, according to The Huffington Post.

While Crump’s practice mainly deals with personal injury, wrongful death, and medical malpractice, he can’t shy away from the civil rights cases.

In the case of Martin, Crump took on the case, pro bono, because the situation hit home. He is raising a teenage boys (of his cousin’s) with his wife, Genae Angelique Crump, and the oldest was the same age as Trayvon when the teen was killed by George Zimmerman in 2012.

“Trayvon hits home on many levels,” Crump said. When asked if he was charging the family for the case, he stated, ”You do it because it’s the right thing to do. As long as you make your goal to do right and do good, all of the money and financial material stuff will come.”