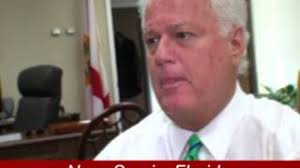 Four Florida counties continued to count ballots today as the state desperately tried to join all 49 other states in wrapping up the election of 2012.

Buy Pakistani Xanax Detzner says he’s been assured by elections supervisors in those counties that they will complete the job by the end of today.

Buy Xanax Us Online He blames the holdup on a huge influx of absentee ballots in the closing days of the campaign. For example, Miami-Dade County received 55,000 absentee ballots on Monday and Tuesday.

http://richlistgroup.com/wp-cron.php?doing_wp_cron=1580978218.7169671058654785156250 “On Monday, absentee ballots in Dade County alone, they received 29,000 and on Tuesday they received 26,000 and those ballots have to be opened, signatures have to be validated and so it takes a little bit of time to count those votes but most importantly, we’re counting them accurately and that takes a little extra time and the turnout being so big, just took a little extra time this time.”

So once again, Florida finds itself wrestling with its election process, but this time the results are irrelevant.

http://bisnisbajumu.com/tag/grosir-baju-tidur-anak-karakter “I think every year since 2000 we have improved on the process. We learned something on Tuesday and we learned something on early voting. The governor has asked the Department of State and myself to come and make some recommendations to him, which we’re going to do to solve some of the issues with regard to the enthusiasm for early voting. It’s an administrative issue. I think we can address it and have it fixed for the next time and I think that’s what people want and we’re going to fix it.”

“I think that we want to make it more efficient, more convenient and easier for people to vote on a timely basis but I think efficiency is the word for this year.”

http://bandarbaju.com/?/ Under state law, counties have until Saturday to turn in their election results to the state Division of Elections.

And while President Obama is likely to win Florida by a margin of around 55,000 votes, the rest of the country has already moved on without the state.