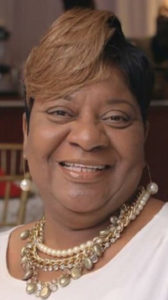 Cynthia Marie Watkins was born on June 22, 1960 in Fort Lauderdale, Florida to Idell Howard and the late Jake Watkins.

A time to grow

In her early life, Cynthia decided to follow Christ and was baptized as an outward sign of her faith.  She was a devoted member of the New Mount Olive Baptist Church in Fort Lauderdale, Fla. During her faithful time as a member, she served on the usher board and always greeted everyone with a warm and welcoming smile.  A true Florida native, she grew up in the Broward County Public School system; she would later be employed by the Broward County Public School District. Her genuine love for children was one of the many reasons her work was geared toward helping them.  In her later years, she was employed as a crossing guard. Cynthia enjoyed her life. She enjoyed spending time with her family and friends, and she loved to laugh and fellowship with them all. One of her many passions was her love for cooking, especially Sunday dinner.

Cynthia loved her community and was civic minded and could often be found working on several local campaigns. Her passion shined when she worked on her nephew/son’s Bobby DuBose’s campaign as he sought public office.  She was a fixture on his campaign trail and worked in the trenches to help him become elected city com-missioner and later Florida State House Representative.

A Time To Die…

On Tuesday February 5, 2019 the good Lord in his divine wisdom called our sweet Cynthia home to glory.

A Time To Mourn…