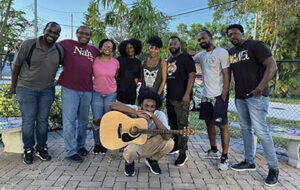 Will Feature a South Florida Cast of Color and Costumes by the Miami Fashion Institute Fort Lauderdale, Florida

You may be familiar with William Shakespeare’s Play The Merchant of Venice. It’s a 16th-century play in which a merchant in Venice named Antonio defaults on a large loan provided by a Jewish moneylender, Shylock. It is believed to have been written between 1596 and 1599.

‘Merchants of Venice’ will be one of the first productions at the new Victory Black Box Theatre in Fort Lauderdale on Sistrunk Boulevard, will debuts on July 7, 2022.

Clare Vickery, Director of Grace Arts FL., said the inspiration for the adaptation of Merchant of Venice came years ago while researching the Underground Railroad.

“Florida, or ‘La Florida’ as it was known as a Spanish territory in the 17–1800’s, was an early refuge for thriving maroon communities and a pathway to freedom for Black and brown people escaping colonial slavery but later the State would become a Jim Crow South stronghold. Miami and Fort Lauderdale have historic African American commercial districts and neighborhoods with many successful and iconic cultural sites and businesses that no longer stand but were in full bloom in the 1930s through the 60s.

Our take ‘Merchants of Venice’ replaces Shakespeare’s Venice and Belmont with a South Florida Black Renaissance beginning after The Great Depression. Shylock, played by veteran actor Kent Chambers -Wilson, represents the survivalist tactics of Black elders who managed to create wealth despite the constraints of the devastating economic crash and racist policies,” said Vickery.

Antonio, Bass (anio), Lorenzo (young men with modest means but big dreams), and the daughters of Black wealth — Portia, a wealthy heiress, and her friend Nerissa with Jessica (Shylock’s daughter) — reject the guardrails of the past and want to forge fast roads to full civil rights; they use unrestrained creativity and risk-taking to achieve goals of freedom rather than con-serving the wealth of their elders.

The religious tensions of Bard’s 16th-century play are replaced with the brimming and broiling optimism and fierce struggle for freedom by 20th-century Black merchants and their families written and directed by Darius V. Daughtry, a local writer, and director, educator, and Founder/Artistic Director of Art Prevails Project.

A surprise ending to the story is guided by a blues-playing Narrator (Douglas “Xaire Good-ridge) who reveals the real lives of Black creatives and entrepreneurs embodied in the characters. Costumes de-signed by consulting designer Taofeek Abijako (Head of State) with Miami Fashion Institute (Asanyah Davidson and Miami Dade College) feature cloaks evoking the classical and contemporary twists of the production and the superhero strength of the real people who established Overtown and the Sistrunk communities. 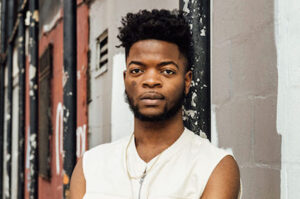