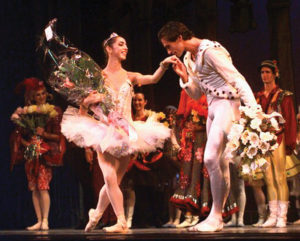 The Cuban ballerina Alicia Alonso was especially associated with the title role of “Giselle,” the doomed peasant girl who falls in love with a count in disguise. She performed it at the Metropolitan Opera House in New York in 1977.  Credit William Sauro/The New York Timeslicia Alonso, who overcame near-blindness to become a charismatic ballerina of unusual range and power, and who helped found what became, with Fidel Castro’s support, the National Ballet of Cuba, died on Thursday in Havana. She was 98.