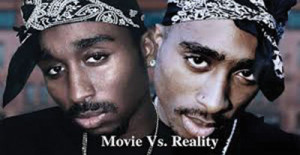 ‘All eyes on me’ movie review

Now if you didn’t know that 2Pac was a 90s rapper before 2017 movie, then this review is not for you. If you didn’t know TuPac’s step father was a Leader in the Black Panther party in the US, along with his mother who’s roll was activist then thank god for Hollywood. Way to show the reason behind his political thought and conversation this Father’s Day weekend slash TuPac birthday weekend and his 20 year memorial anniversary of his death. The stars in the heavens was aligned for this one.

As you can tell from my opener “All Eyes On Me” in my opinion was a great visual re-enactment of the 1995 album All Eyes on Me and of the 90s time and era.  As most critics and other movie reviews I have read, I too feel that the movie could never tap into the energy of the late TuPac. Though the actor playing the roll of 2Pac happened to be a good look-alike, it is extremely difficult to embody the soul of a man of Mr. Shakur’s caliber. For movie reviewing purposes, I will refer to the lead actor as 2Pac as this movie was a representation of a biography of late rapper/actor. My review is not to be seen as historical facts going to critique on cinematography.

As depicted in the movie Tupac was an outspoken man who overcame his fears, took advantage of all opportunities and lived his life as he pleased. The direction of the movie’s sound track gave a good representation of Tupac’s motive behind his musical portfolio by using all the songs we know and loved. For example, I haven’t been in the situation, but the traumatic experience shown on screen was felt when he found his mother purchasing crack. The movie also clarifies his passion for his lyrical content, especially after being faced with the uncertainties of his friendships after being shot.

Most people I spoke to at the films opening weekend feels “the movie was chop up from scene to scene.” My personal thoughts on that is, the director gave a good perspective capturing those five years 91 to 96. The rappers life, personal life, acting life, and his philosophy all balled up into one movie. The cast was also clever for using actors from the movie Notorious and Straight out of Compton to build parallels and solidify the story-line.

I have a bias to the movie because I’m that much of a fan, and I was on the set of the movie in Atlanta’s underground 2916 so supporting was a must. Not much humor, but I was entertained for the whole 2:30 duration. In closing you must see All Eyes on Me for yourself, for the sake of Afrofuturism.

If you have not found Pete Davidson funny after six years on “Saturday Night Live,” two hours watching his semi-biographical film “The King of Staten Island” likely will not change your mind. Prolonged adolescence, arrested development, and selective serotonin reuptake inhibitors have become cultural mainstays for the generation who have grown up post-9/11, and Davidson is a member of that group. Davidson, who lost his father in the 9/11 attacks, has struggled with severe depression, a struggle mirrored in this Judd Apatow-produced Amazon special, available for streaming. […]