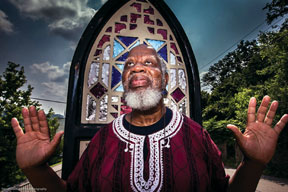 Buy Alprazolam Online Mexico Online Xanax Vendor       There are rare and unique individuals who we wish could stay in this world forever… who remind us that we are all special and have significant gifts to contribute to humanity. Brother Jerry Gore was one of those people.

Buying Xanax From Canada He was not my biological brother – he had many of his own siblings (he comes from a family of 10) – but, like the countless number of people he considered kin, I felt like part of his family. I’m sure the hundreds of educators and parents who learned from him during our annual Underground Rail-road study tours over the past two decades felt like part of his family, too.

Xanax American Express Brother Jerry’s presence was grand, but he was humble. He had a special talent, one person noted at his memorial service earlier this week, of making you feel special. He was so full of love and so full of life, someone else commented.

Can I Buy Xanax Over The Counter In Canada

http://naturesown.co.za/brand/willow/page/2/?add-to-cart=24011 During his first career as an administrator at Morehead State University in Kentucky, he was known for his spirit of encouragement. Student after student considered him more than a mentor. “He had a special gift of seeing in you what you couldn’t see in yourself,” his friend Larry Burns said to me. “When I was being negative, he told me to “close your eyes to the ugly and see only the beautiful in the world.” I overheard one young man tell his friends, “He always made us feel like we were the king of kings.”

http://richlistgroup.com/wp-cron.php?doing_wp_cron=1580920597.2269001007080078125000 But Brother Jerry’s lasting legacy will be as the “Moses of Maysville,” the small agricultural town located in Northeastern Kentucky that he called home. A town better known as the hometown of the Clooneys (yes, that’s Rosemary for some of you and George for the rest) than for its history of slavery. As the “Ambassador of Ma-son County,” where Maysville is located, he was known for his knowledge of the community’s history especially that of the Underground Railroad or as Brother Jerry would often say to us the “UPground Railroad”. As a community historian and cultural preservationist, he led tours throughout the region, sharing a history of enslavement etched in the landscape.

As a griot, he magically weaved the tales of freedom in the stories of John Price, Addison White, the Rev. Elisha W. Green, and others, teaching us the true meaning of Kujichagulia, the fierce “self-determination” these individuals had to exhibit to take their own freedom and leave bondage behind.

http://grosirrumahan.com/wp-cron.php?doing_wp_cron=1580956859.9073610305786132812500 For as long as I knew him, Brother Jerry wore a leather pouch around his neck imprinted with the Sankofa symbol, another concept he believed in and passed down to others, that of always looking back to move forward and acknowledging the lessons we have to learn from the past. We honor the past, Brother Jerry always reminded us, because there is a tremendous amount of wisdom to be gained for the future.

Every year before we led a group of participants up Rankin Hill following in the footsteps of thousands of freedom seekers who were determined to take their own freedom. He would have us join hands and say the name of an ancestor aloud who was no longer here on earth, but whose spirit remains with us. After each name was called we would say in unison “Ashé,” which is the Yoruban affirmation used in greetings and prayers.

Buy Alprazolam 3Mg We lost a unique soul when we lost Brother Jerry, an advocate for civil rights and social change, a true abolitionist, whose legacy will live on through all of us that he touched.