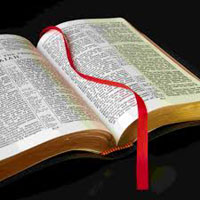 Yet it is known that Blacks were also members of predominantly white denominations such as the Episcopal, Presbyterian, Congregational, United Methodist and Roman Catholic churches. However, Lincoln and Mamiya chose to confine ‘the Black Church,’ to “those independent, historic, and totally Black controlled denominations, which were founded after the Free African Society of 1787 and which constituted the core of Black Christians.”

Since the publication of the Lincoln and Mamiya book, two new Black denominations have developed: The National Missionary Baptist Convention (NMBC) and the Full Gospel Baptist Church Fellowship (FGBCF). The FGBCF does not refer to itself as a denomination.

We hope this section of BlackandChristian.com will serve as a resource for information on the historically Black Christian denominations and will inspire you to learn the history of your particular denomination.

If you have information to add to this section or comments you would like to make email: admin@blackandchristian.com.

The following books are excellent reference works on the African American religious experience: