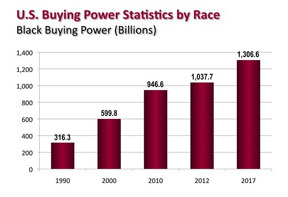 WASHINGTON — The opening of the National Museum of African American Culture and History was full of glitz and glamour as celebrities, elected officials, civil rights icons and three American presidents came together to celebrate the historic moment.

But even as President Barack Obama addressed thousands in a moving speech, actor Will Smith and entertainment mogul Oprah Winfrey read the poetry of Langston Hughes and Maya Angelou and Stevie Wonder and Patti LaBelle preformed classic songs, one thing was evident – the museum wouldn’t have existed without millions of Black dollars.

Obama told audience the day was not one just for African Americans to celebrate.

The museum, which finally came to fruition 100 years after a group of aging African American Civil War veterans went to Washington in 1915 to propose their own museum, was established when former President George W. Bush approved a proposal for the museum.

But it was thousands of Black donors from across America giving amounts ranging from $1.50 to over $20 million that made the vision a reality.

The Rev. John-Howard Wesley said he was approached by the museum about giving a donation.

“I spoke to the leadership about it, prayed about it and believed that was the right thing to do, went to the membership, and with unanimous approval, they said they wanted to be part of it, and that they support the church launching out to be the first, and turned out to be the only faith-based institution giving a million dollars,” Wesley told CBS News.

The pastor said the donations for the museum given by the church members ranged from 50 cents to $20,000.

A third-grade boy gave $2 in an envelope, asking the pastor if that would help the museum to open, and an 80-year-old member gave $20,000 because, she told the pastor, the museum was more important to her than even seeing Obama elected, Wesley said.

Without the hundreds of millions of African Americans, famous and not famous, the $516 million museum most-likely would not have opened when it did.

Anthony Welters and his wife, U.S. Ambassador Beatrice Welters, gifted $2 million and scores of African Americans were among the more than 100 individuals and institutions that donated $1 million or more.

Prior to Saturday’s official opening, hundreds of smaller donors, “charter members” like  to 85-year-old Mary Smith of Charleston, S.C., had been given previews of the museum.

Thousands of other donors were honored Saturday by being among the privileged few to view the museum during its first official day.

Kelli King-Jackson, who donated under $5,000 to the museum, was also waiting to get into the museum.  King-Jackson said she contributed because she is happy that African Americans can tell their side of history.

“I think it’s vitally important for African Americans to control the narrative of their history, and this is a unique opportunity for us to be givers and see the work that will be here for future generations,” she said.

Kinshasha Coleman, another under $5,000 donor to the museum, said she did it in part for her own children and others like them.

“You see all these other museums here on the Smithsonian, and it’s almost a crime that we haven’t had that here until today,” Coleman said as she waited to enter the facility.

“I felt that it’s important to contribute to that legacy, so that my children and their children will have something to come back to and actually see what’s represented here on the Mall, just blocks away from the White House, which was an architecture that we built as well.”

Charlie Lewis of New York City is a member of the 2015 Society for people who donated between $25,000 and $99,000 to the museum.  He said he wanted to contribute to honor the legacy of the people who came before him.

“I felt based on the legacy of how hard my parents worked for this country and in this country, it was important for me to give, because I think we as African Americans really need to know our history,” he said

Donors said they hope the museum will be seen not just as African-American history, but American history for future generations.  To insure the museum’s future, African American’s should create an endowment for the facility, King-Jackson said.

“I definitely hope to see an endowment so that the museum will be protected, so it’ll be here forever and that we’ll be able to as a community have influence and say on how the museum goes,” she said.

Lewis said his contribution to making the museum will have an impact long after he is gone.

“I want to be a part of that so we can continue to tell all of our stories so we can let everybody know here in America that African-American history is everyone’s history, just not our own history,” he said.

In addition to financial support, artifacts were also donated to the museum.  A number of artifacts were preserved in other collections across the country, but others were found in family attics.  A few of these include Michael Jackson’s fedora, Louis Armstrong’s trumpet, a dress made by Rosa Parks and the leotard Gabby Douglas wore in the 2012 Olympics.