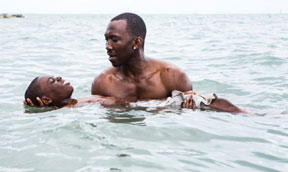 During an unexpected made-for-Hollyood moment, “Moonlight,” a film directed by African American Director Barry Jenkins, took the award for Best Picture over favorites such as “La La Land” and “Hidden Figures.” The film is a complex coming of age story of an African American man that follows his journey from boyhood into manhood.

Moonlight’s unexpected win and the bizarre way that the announcement played out on live television, will go down in Academy Awards’ history and will forever be a part of that legacy that spans 89 years.

After actor and presenter Warren Beatty was given the wrong envelope backstage for the final award of the night for Best Picture, he and fellow Best Picture presenter actress Faye Dunaway announced that “La La Land,” had won the coveted award. As La La Land’s producers began making their acceptance speeches, representatives from the Oscars rushed on stage to correct the error in real time announcing that  “Moonlight” actually won the evening’s biggest honor.

In stunning fashion, “La La Land producer Jordan Horowitz held up the card printed with the name of Best Picture award winner “Moonlight” for the audience and the TV cameras. Horowitz summoned the film’s director and producers to the stage.

The evening was a triumph for Black Hollywood.  While last year’s Oscars were criticized for the lack of diversity among the nominees for the Academy’s top honors, this year’s Oscars ended in several big wins for Black actors and Black films.

Mahershala Ali became the first Muslim actor to win an Academy Award with his victory for his role in “Moonlight.” Viola Davis won an Oscar for Best Supporting Actress for her role in the film adaption of playwright August Wilson’s play “Fences.” The son of Marian Wright Edelman, Ezra Edelman won an Oscar in the Best Documentary Feature category for “OJ: Made in America.”

Although “Hidden Figures” was nominated in four categories including Best Picture, the film didn’t win a single a-ward.

Another moment to remember was a victory for actor Casey Affleck for Best Actor in “Manchester by the Sea,” over Denzel Washington, who star-red in “Fences.”

Washington has a Best Actor Oscar and Best Supporting Actor Oscar for “Training Day” in 2002 and “Glory” in 1990, respectively.  If comments on social media are a guide, many feel Washington was robbed of an Oscar in 1993 after he did not win for his role in Spike Lee’s film “Malcolm X,” as well as not being awarded for his role as Troy in “Fences.”

When given the chance at the ballot box, Americans overwhelmingly vote to impose a 36 percent or less rate cap. Today, 16 states and the District of Columbia have these rate caps in place, providing strong protection from payday loan sharks. In remaining states – those without a rate cap – interest rates run as high as 460 percent in California, over 400 percent in Illinois and 662 percent in Texas […]