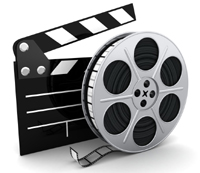 Think of this non-fiction film as a meditation and it makes perfect sense. Try and squeeze it into a standard documentary frame and it just doesn’t conform.

At the helm is Khalik Allah, whose most commercial endeavor was his work as a cinematographer and second unit director for Beyonce’s famed Lemonade video (2016). His first documentary, Field Niggas (2015), chronicled the lives of folks on 125th Street and Lexington Avenue in Harlem, NY. It was a string of snippets that were more like kinetic photographs. Which makes sense because Allah was a photographer before he turned his lens to motion pictures.

The location for Black Mother is Allah’s ancestral homeland of Jamaica. The format is a string of images and scenes that tourists don’t see on perfectly curated sightseeing trips. The first two parts of this trinary, 77-minute collage require great patience. The focus is on sex workers, their potential johns, street vendors and impoverished people—some with grotesque deformities (a neck cyst the size of a basketball; a bare arm missing a hand; a hole in the middle of a face with the depth of a crater). The visuals are often sobering, if not shocking. Mixed in are clips of nude women, some are pregnant, and other scenes.

The audio track with narration doesn’t always match up with the images on view. If audiences get lost in the deluge of disjointed impressions and sporadic thoughts and lose interest, you can’t blame them. This isn’t linear storytelling, or a traditionally arranged trail of facts. Casual viewers will scratch their heads. Serious ones will stick with it long enough to see the correlation between what’s on screen and the trimesters of a pregnancy.

The reward for finding the discipline to sit through Allah’s kaleidoscope of HD video, mini DV, 16mm, Hi8 Tape and Super 8 footage are glimpses of Jamaica that convey harsh realism, history, social dynamics, religion, African heritage, prostitution, birth, families, dying and death. Landscapes of verdant mountains. Bustling street scenes. The insides of sacred churches during funerals. A man galloping on a horse through a neighborhood. This is Allah’s Jamaica, not the one in the fancy Come to Jamaica commercials. This is his sermon. His camera ministry.

Allah has a perfect eye for composition, color and natural lighting. Many filmmakers are journeymen, able to work their craft. A few are artists, who, if they had a different calling, would be painters, sculptors or poets. This New York-born director fits into the latter category. As the son of a Jamaican mother and Iranian father, he exhibits skills and viewpoints many directors could never fathom. It will be curious to see if he can ever harness his unconventional filmic style and make a cohesive fiction-based feature film, without negating his aesthetics. Greek director Yorgos Lanthimos made a very successful transition from his esoteric art to creating The Favourite. It’s possible.

The last section of the Black Mother segues from the poorest neighborhoods in Jamaica to a middle- and working-class family, the kind of people who are the heart and soul of the island/nation. There is an absolutely beautiful and arty sequence where Allah’s camera captures ocean waves from high above, that ebb and flow with white water caps appearing and disappearing. If the film finds an anchor to its puzzling array it is here.

An older man named William Case is at the end of his life’s journey. He’s obviously a very enlightened and religious man who leaves behind a philosophy that is immensely profound. Case says: “If you live a wretched life, boisterous and sinful, you will die in that state. If you live a righteous life, you’ll die in a peaceful state.” It’s a wisdom that is so right for these times. It’s a warning, too.

A very thoughtful avant-garde filmmaker pulls us into his orbit.

Book Review: Between the World and Me by Ta-Nehisi Coates

What is immediately essential for me about Between the World and Me, Ta-Nehisi Coates’ lengthy epistle to his son is that “past is prologue.” […]

History exposes the politics of discrimination in law

History exposes the politics of discrimination in law
[…]