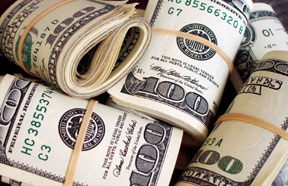 By Millions Two One Staff

Philando Castile, Alton Sterling, Trayvon Martin, Michael Brown, Tamir Rice, Eric Garner, Sandra Bland, Ezell Ford, Freddy Gray and many more have suffered brutality at the hands of police officers.  In the case of Trayvon Martin, it was a volunteer community watch captain who aspired to be a police officer. The lack of police officers being brought to justice for crimes against African Americans have left many hopeless and without answers. Out of this despair, many have decided to take justice into their own hands, Economic Justice!

Earlier this year, Rapper Killer Mike, Polo the Don, Us-her, Jermaine Dupri, Big Krit and several others met at Citizens Trust Bank, a Black owned bank in Atlanta to open up bank accounts. After the murder of Philando Castile and Alton Sterling, Killer Mike passionately urged listeners of Hot 107.9 in Atlanta, to “go down to their banks tomorrow… [and to] take all of their money to Citizen’s Trust”. Citizen’s Trust Bank CEO, Cynthia N. Day took to twitter to say the following, “We thank @KillerMike for his call-to-action. Together, we can change the conversation. Cynthia N. Day, Pres and CEO”. The bank has noted since this call to action over 8,000 people have opened accounts totaling over one million dollars in deposits.

“While I realize this is a very personal decision and thing to share, I’m proud to say I made that step today…Time to literally put my money where my mouth is.” Those were the words of recording artist and younger sibling of Beyonce, Solange Knowles, expressing her sentiments on opening up an account with a Black owned bank.

Solange has added her name to a list of celebrities that have decided to use their voices and their resources to speak out against police brutality and to strengthen Black institutions.

The power to grow Black businesses and to strengthen Black institutions lies in networking.  Dr. George C. Fraser, chairman and CEO of FraserNet and founder of the PowerNetworking Conference has traveled the country and the world promoting economic empowerment.

Dr. George Fraser is a firm believer that economic empowerment of Black business is rooted in the “Power” of Networking. One of Dr. Fraser’s famous quotes says, “If you want to meet important people, you have to go where they are.”

On May 25–28 2016, hundreds of African American entrepreneurs, professionals and government officials descended upon Prince George’s County, MD to attend the PowerNetworking Conference, one of the most exceptional conferences in the country. Prince George’s County is located approximately 15 miles outside Washington, DC. It is known as one of the wealthiest African American counties in the country. The median household income is $73,856 (Census Bureau, 2014). This would explain why Dr. Fraser chose to hold this year’s conference at the Gaylord National Resort and Convention Center in National Harbor.

This year’s PowerNetworking Conference placed an emphasis on Dr. George Fraser’s latest initiative, The Black Wealth Alliance that focuses on “One Million, Million Dollar Babies”.  One Million, Million Dollar Babies is a goal of Dr. Fraser to facilitate a Trillion-Dollar transfer of wealth into the Black community by providing the education, training and tools for building and sustaining intergenerational wealth.

Upon entering the Power-Networking Conference attendees were met with an array of vendors such as African Ancestry, a company that traces your DNA; Rashida Mendes, an online entrepreneur that earned $400,000 from selling on Amazon; and Curlie McCalla, an entrepreneur from Canada that helps develop intrapreneurs.

Ted Talks, meet PowerTalks. PowerTalks are action packed, nonstop, back-to-back 17-Minute Power Presentations by some of the industry’s most amazing speakers. Dr. George C. Fraser opened his session by telling the audience to “Buy Black, but sell to anyone.”

Dr. Fraser told a story of heading up an event in the ’80s for Earl Graves, Sr., founder of Black Enterprise. The event was the most attended event of the tour Graves hosted that year. That networking opportunity later led to Graves being featured on the cover of Black Enterprise magazine as “Black America’s #1 Networker.”

Dr. Randall Pinkett was amongst those that presented during PowerTalks.  Earlier this year Dr. Randall Pinkett and other African American contestants of NBC’s hit TV Show The Apprentice held a press conference denouncing Donald Trump saying, “Trump has appealed to the lowest common denominator of fear, racism and divisiveness.”

Pinkett, the season four winner of The Apprentice, is the co-founder, chairman and CEO of BCT Partners, a multimillion dollar management, technology and policy consulting firm, focused his PowerTalk on taking risks.  “You can get a thousand no[s], all you need is one yes,” he said. Pinkett encouraged the attendees to “do something that they would not normally do, understanding that “setbacks are setups for comebacks.”

The PowerNetworking Conference presents some of the brightest minds in the African American community. “The Film Black Friday” directed by Ric Mathis, an independent visual storyteller was produced to present solutions on how to better manage the 1.2 trillion dollars leaving the African American community annually. The film champions financial literacy and the importance of leaving a financial and ethical legacy for the next generation.  The film’s cast members includes, Hill Harper, Dr. Umar Johnson, Cynthia Bailey of the Real Housewives of Atlanta, Johnny Gill, businessman and real estate developer, Michael V. Roberts, Dr. George C. Fraser and Dr. Claude Anderson. The film can be viewed or purchased online at http://thefilmblackfriday.com

What makes the PowerNetworking Conference different from other conferences is that PNC’s sessions last well into the night. Most conferences daily sessions end before 8:00 p.m., however PNC’s last session begins at 9:30 p.m. PowerNetworking “After Dark” Workshops gives attendees more time to network with high caliber individuals and to absorb the wealth of information from their training sessions.

“Learn How to Create a Million Dollar Net Worth in 12-Months Using Real Estate Tax Lien Certificates” presented by Dr. David M. Anderson, Sr., Real Estate Entrepreneur and founder of Empowerment Radio Network, received some of the greatest buzz during the PowerNetworking “After Dark” workshops. Anderson was also featured in “The Film Black Friday” purchasing tax lien certificates on high six-figure properties. He presented a list of liabilities that prevent African Americans from succeeding in business. He called it his ‘Thou Shalt Not’ list which included:

Thou shalt not have a mortgage.

An unscheduled part of this session happened when Jewel Tankard of the Bravo TV show, “Blood is Thicker Than Water” and multi-millionaire and owner of the Roberts Riverwalk Hotel in Detroit, MI, Michael V. Roberts entered the room. Anderson cut his session short and gave the floor to Jewel Tankard. Tankard gave her story of growing up wealthy.  Her family owned a record store in Detroit during the booming days of Motown, but later lost a majority of their wealth.  Tankard discussed how she began to educate herself on finances and has now become an astute businesswoman.

Roberts told the story of winning a contract with Sprint to build cell networks in rural Missouri, an investment that quickly paid off when a deal was brokered for $400 million when they sold their wireless company.  Roberts gave his trademark quote when he stated, “rich people scream, but wealthy people whisper.” He taught the PNC After Dark attendees to get their political visa in order when they enter into a city. He stressed the need to network and to build relationships when beginning to do business in their city and region. Roberts informed the audience to always understand what their buyer is buying and to always look at the “what ifs,” not just the glory days.

If we plan to have true economic empowerment and economic justice, we must network and build alliances with other individuals that share the same goals and vision for our community.  Many of those individuals can be found at the next PowerNetworking Conference on July 7-9, 2017 at the Gaylord National Resort and Convention Center in Prince George’s County, MD.  The conference is selling out quickly. Reserve your seat and register today!

MillionsTwoOne.com is the world’s Largest African-American Business Directory, providing access to Black-Owned Businesses, news and events in the United States, Canada, the United Kingdom, Africa and in the Caribbean Islands.