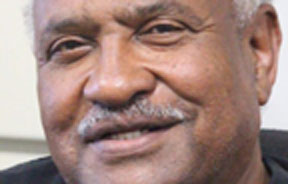 Blacks should have animals rights

Dr. John Warren says that if Black people were formally declared an “endangered species” we would have more protection under the law than we are currently being given under police encounters of “any kind.”

It appears that the law enforcement officers of America have declared open season on African Americans, both male and female. “Open Season” occurs in the hunting world when one is free to kill a particular species at “anytime” as opposed to “regulated hunting,” which provides certain times and seasons of hunting of specific species. Seasonal hunting requires permits and it appears that the police badge has become a permanent hunting permit. The continued shooting of African American males, in particular, in spite of the fact that the number of such shootings in recent months and years have clearly shown deadly force was not necessary. The facts surrounding these shootings suggest that the “to protect and serve” slogan found on patrol cars no longer applies to the communities supposedly being served, but now only apply to the police themselves.

If African Americans and Blacks had animal rights, there would be serious penalties for shooting “out of season.” Clearly, we are no longer considered human beings.

The frequency and the conditions under which “unarmed” Black men are being shot suggest that maybe police training manuals have included language from the March 7, 1857, U. S. Supreme Court Decision in the Dred Scott case which held that in a “free” state where slavery was outlawed, a Black man was not entitled to his freedom and that an African American could never be a citizen of the United States. The translation has been “A Black man has no rights that a White man is bound to respect.”

As farfetched as this might sound, clearly the continued police killing of African Americans under the same “quick shoot” circumstances suggest either a lack of awareness to the many blatant shootings of unarmed Black men, or an ideology so ingrained within law enforcement that all Black males are dangerous, that there is no concern for public reaction or perceptions.

Blacks should have animals rights

If we were formally declared an “endangered species” we would have more protection under the law than we are currently being given under police encounters of “any kind.”

As citizens of the United States, we are guaranteed “due process,” which includes a trial by a jury of our peers, and the right to confront our accusers with the burden of proof on the prosecution. Instant police shootings under the present “open season” policies applied around the country appear to have cancelled all these rights.

Law enforcement should remember that for every action, there is a reaction and all those cannot be controlled by force.

The San Diego Voice and Viewpoint is a member publication of the National Newspaper Publishers Association. Learn more about becoming a member at www.nnpa.org.

NAACP chief Cornell W. Brooks, leaders focus on future ‘We find ourselves at crossroads in history’

The end of an era: ASA Computers closing Feb. 29

After 25 years as the most solid resource for computers and as rare Black leaders in the technology sector, Rocky and Marilyn Davis will close their beloved ASA Computers store and migrate their business online […]