DARWIN, Australia — Peak environmental groups in Australia have applied for a Northern Territory government review of the water license handed to a massive Central Australian fruit and vegetable farm.

The Northern Territory government awarded it the biggest water license granted in the Territory to extract 40 billion liters of underground water per year for 30 years, causing concern among native title holders and environmental groups. 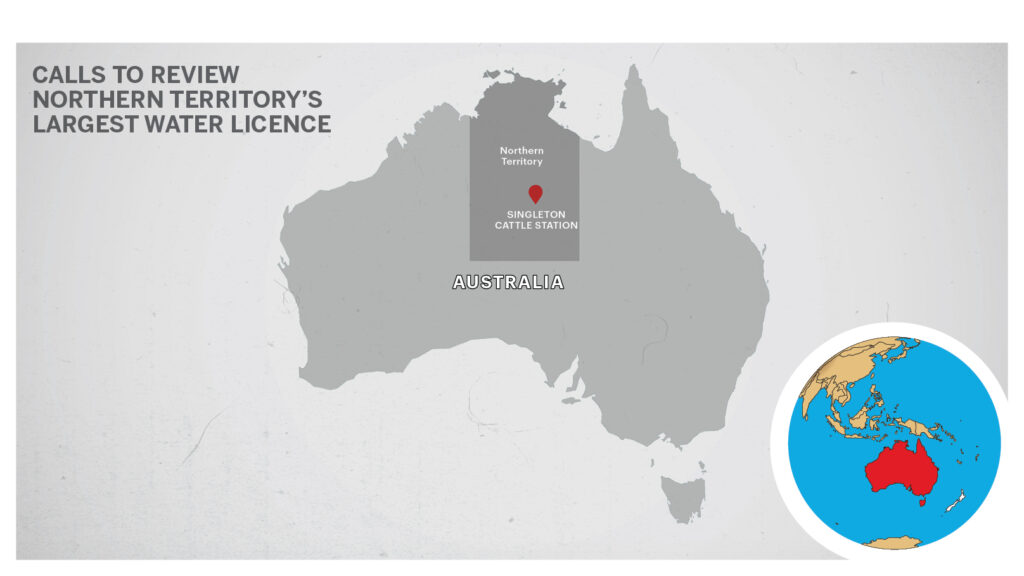 “Territorians should be very worried about how the Government is managing our most precious resource,” Arid Lands Environment Centre chief executive Jimmy Cocking said.

“We’re seeing the impacts of climate change first-hand in Central Australia, and the harm it’s causing to our groundwater.”

The Northern Territory Department of Environment, Parks, and Water Security has previously said Fortune would have to comply with strict controls to keep the license.

Rigorous modeling and data showed the licensed water was sustainable and its extraction would not adversely impact other users or the environment, the water controller said when the license was granted.

But the Arid Lands Environment Centre disagrees, saying the license would lead to over-extraction and could kill precious ecosystems.

“This groundwater extraction license will drain an ancient aquifer by up to 50 meters over 30 years, irreversibly damaging up to 30 percent of plants, animals, and water systems on the surface,” Cocking said.

“On this basis alone the license should have been rejected.”

An independent review of the license decision commissioned by the Central Land Council previously found the Northern Territory government’s water resource and impact assessment was simplistic and based on inadequate investigations.

Cocking also raised concerns about the Northern Territory government’s inaction over safe drinking water legislation, despite some Indigenous communities almost running out of drinking water in 2020.

“This means that the Northern Territory government is foregoing a vital revenue source that should be used to monitor and manage water licenses,” she said.

“One expert estimated that Fortune’s water license would be worth AU$20 million ($15 million) elsewhere in Australia.”

Fortune expects the AU$180 million ($139 million) project to be producing fruit and vegetables by late-2022 pending appeals to the license.

The farm will cultivate permanent crops such as mandarins, grapes, and avocados.

About 110 full-time jobs and 1350 seasonal jobs will be on offer along with opportunities for businesses in nearby towns, such as Tennant Creek.

Groundwater will be released to Fortune in four stages over the next decade, peaking at 40,000 megalitres through about 100 bores.

The Northern Territory government is not legally obliged to conduct a review.