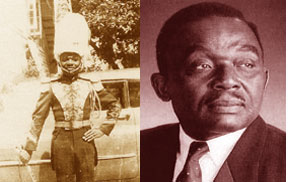 Celebrating the Life of a Man who made life a celebration: Personal reflections to commemorate the birthday of the late John L. Broome

Individuals of a certain age who have attended public and social functions in Broward County have likely had the pleasure of hearing the beautiful baritone voice of the late John L. Broome. Broome would have turned 86 on Aug. 18 of this year.

We remember him as a living legend, a local icon who shared his exceptional vocal gifts with passion and joy, delighting audiences both locally and world-wide.

Perpetually thoughtful and forever kind, Broome, a South Florida resident, touched countless lives in the community and in the classroom, as an upstanding teacher who loved his students. And Broome made a lasting impact as a gifted classically trained singer at a plethora of social events.

He performed as a soloist with the Fort Lauderdale Sym-phony Chorus and reveled in group performances with the Nova Singers. Broome also recorded several musical compilations. All who had the plea-sure of knowing him as a colleague, instructor, devoted friend or “special member of their family” surely miss him.

Broome began his singing career at Indiana University, where he earned a master’s degree in education and music and performed leading roles with the university’s Opera Theater. During the 1940s, Broome and my mother, Ruth Taylor Giles, attended Bethune-Cookman College (now Bethune-Cookman University) and were bestowed bachelor’s degrees in elementary education in the presence of the founder and president emeritus, Dr. Mary McLeod Bethune.

As fellow teachers, Broome and my mother carpooled to work at Braithwaite and Deer-field Park Elementary schools for several years, along with the late Vera P. Mitchell and a few other instructors. When Mitchell became ill and was confined to a nursing home, the dedicated Broome, who usually carried a camera, visited her each week and sometimes took pictures of Mitchell to share with my mother, who was un-able to make regular visits.

I was a little girl when I first heard “Mr. Broome” sing at a local social function. When I asked the Reverend Alvin Jones of Mt. Hermon A.M.E. how many times he may have heard Broome sing throughout his lifetime, Jones pondered the question and replied, “probably too many times to count.” Such is the case with so many of us who witnessed Broome’s inspiring and powerful performances at numerous area celebrations, from festive holiday gatherings to heart-rending home goings.

Broome, who sang with great fervor, strengthened our connection to Black culture by introducing us to a broad spectrum of Negro spirituals and African American folk songs. I will cherish my personal favorites, such as the inspiriting Ride on King Jesus (“No man can-a hinder me!”) and Broome’s masterly version of the classic, Witness. Broome’s cousin, Elaine, an Ocala resident, says she cannot re-member a time during Broome’s life when he was not exercising his singing talents.

Throughout the late ‘70s, ‘80s and ‘90s, Broome joined the Giles family for our annual “Christmas Morning Family Breakfast.” Some years, he would favor our often 50 or more guests in attendance with a song. Family and friends would gather in our backyard along the North Fork of New River, congregating around and on a patio covered by a permanently mounted tent canopy. There, we would feast on a cornucopia of Ruth Giles’ delicious cuisine. Although performances were not required at these gala events, the benevolent Broome never declined a request to sing in celebration of the holiday.

Most recently, Broome joined my parents, Al and Ruth Giles, and me on a brief journey to hear and see the Reverend Joel Osteen speak at the Miami Marlins Arena. Unforeseeable mobility challenges upon our entering the facility led to the arena’s management graciously transporting us to the comfortable “VIP” seating area, which gave us the rare opportunity to meet and greet Pastor Osteen away from the crowd after his sermon.

Upon meeting the pastor, the always congenial Broome warmly grasped the pastor’s hand with both of his hands and told the Reverend Osteen how very much he enjoyed the pastor’s popular television sermons each Sunday.

Those who knew Broome best were most assuredly blessed by his kindness, patience and sensitivity. On our brief road trips to various events, Broome rode in the back seat, sitting next to my mother, his dear longtime friend. Mom’s dementia will often cause her to ask the same question several times in a row. But dear Mr. Broome consistently demonstrated the highest level of sensitivity and patience by answering her inquiries as if he were hearing each question for the first time.

I will always appreciate Broome for treating my mother with unparalleled kindness and respect. He would cheerfully reminisce with Mom about the fun they had carpooling to work in Deerfield each day, which was usually faster than the speed limit when it was her turn to drive.

I also appreciated Broome’s genuine thoughtfulness. When I earned my doctorate degree, he took my parents and me to Lone Star Steakhouse in Hollywood to celebrate. At the end of our scrumptious meal, Broome excused himself from the table. To our surprise, he returned a short time later with an exquisite arrangement of fresh flowers. He told me, “Yvette, you are now a doctor, and your accomplishment should be celebrated!” We later learned that Broome had taken the flowers to the restaurant several hours earlier that day and had asked the staff to hide them until he would retrieve the arrangement later that evening.

Broome had a fondness for sending fresh flowers to his family and close friends and had built a special relationship through the years with the Pink Pussycat Flower Shop in Plantation. We surmised that Broom’s illness was likely the reason my mother did not receive her customary Mother’s Day floral arrangement from him earlier this year.

The employees of Pink Pussycat were deeply saddened to hear of Broome’s passing, remarking that his presence brightened the room each time he entered and adding that he would be profoundly missed. The shop’s owner and manager, Linda, who could not attend Broome’s wake or funeral, asked me to gently touch his lapel at the viewing and say the words, “Linda loves you.”

John L. Broome made life a celebration by honoring his friends, family, church, community and the world with his gift of song, cheerful spirit, thoughtful nature, selfless deeds and compassionate heart. His passing has left an unfillable void in the lives of those who loved him. My parents, Al and Ruth Giles, and I are grateful to have known this kind, gracious, humble man, who joyfully honed and shared his extra-ordinary vocal talents with the world. We honor the memory of our dear friend, John L. Broome. We commemorate his birthday and celebrate his life!