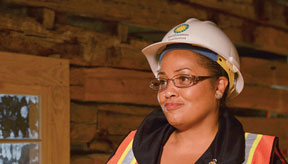 http://cnt-aranjuez.org/?s=<목포출장샵>✆예약금없는출장샵♪부산+출장﹃(카톡:+wyk92)➵〔птк455.сом〕동출장마사지☺[]목포2019-03-29-03-39천안+카페◦[]목포♖Q포항+터미널+모텔♧[]주안+모텔+추천목포목포평택+모텔+가격 Mary Elliott, curator and museum specialist for the Smithsonian National Museum of African-American History and Culture, pauses next to a slave cabin exhibit during a recent media tour.    (Freddie Allen/AMG/NNPA)

Almost as powerful, how-ever, is Elliott’s recounting of the vital input and assistance by one local citizen who inspired many seniors and others to participate in the new museum.

Buy Authentic Xanax Online “To get all the stories together about the slave cabins, we brought in the help of a genealogist and we used our local research here and reached out to the community,” Elliott said. “And, when we were dismantling the cabin, the community came out and it was Black, white, young, older men and woman who were there. But, there was one young woman, whose name was Eileen, and she was very important.”

Buy Gador Alprazolam Elliot said that Eileen was just over 50 and she really helped museum staffers connect with the elders in the community.

“It’s a hard history and some-times people don’t want to talk about it, but she helped us to get the stories out,” said Elliot. “She was a real dynamic person.”

After taking the cabins to

Virginia for conservation work and hosting a listening session that included Eileen and Eileen’s grandmother, Elliott learned that Eileen died.

http://bandarbaju.com/product/koko-al-bukhori-dewasa “She was younger than the elders that she helped get the stories from. Eileen had so much energy and spirit and was so passionate about the fact that the story was being told and correctly,” Elliott said. “She may not be here on the 24th when this museum opens and that’s heartbreaking, but I smile because her spirit will definitely be here.”

http://learnwithojo.com/potato-patterns/ It’s been a long, arduous and incredible road to get to the Sept. 24, 2016 grand opening and Elliott has helped to re-search, conceptualize and de-sign the “Slavery and Freedom” inaugural exhibition.

She also contributed to the exhibition script, consulted with expert scholars, and identified and secured collection donations including the antebellum slave cabin that will be featured in the museum, according to the museum’s website.

http://grosirrumahan.com/tag/grosir-mukena-katun-jepang-tanah-abang/page/2 Now, as the opening of the historic museum rapidly approaches, Elliott told the NNPA Newswire what she’s most excited about and how she’s handling all of the excitement surrounding the historic grand opening.

“I really appreciate the collective effort to get the story out and let people know what they are going to see before they get here. People ask me, ‘Are you excited?’ And, truthfully, I get reflective,” said Elliott, who has served as a contractor and consultant to various organizations including the National Visionary Leadership Project, the Association for the Study of African American Life and History, the Reginald Lewis Museum of Maryland African American History and the Humanities Council of Washington, D.C.

Xanax Online Uk “I think about family, relatives, ancestors, those I knew personally and those before them,” Elliott said. “I think about my church family and my community and I get so full, because I cannot wait for people to see the museum not just as a building, but to hear people say about our history that, ‘I never looked at it that way, wow,’ and to have them think a little differently about their approach to American history and under-standing the African-American experience.”

http://naturesown.co.za/product/antimoz-60-capsules/ Elliott has more than 20 years of experience in researching and presenting African-American history and culture. Her personal research focuses on African-Americans from antebellum slavery through the Jim Crow Era, with a specific concentration on migration and community development.

With a lifelong interest in Black history, Elliott’s extensive research revealed that her own family is connected to Booker T. Washington, one of the foremost African-American leaders of the late 19th and early 20th centuries who founded the Tuskegee Normal and Industrial Institute that became Tuskegee University.

Buy Xanax Uk Forum “I was really passionate about the research I was doing on my family and then I realized that this was even bigger,” said Elliott. “I started to see this amazing picture of African-American legacy and I found all of these primary re-sources and that really illuminated it for me and I thought it was as if someone took our history, tore it up into little pieces, and blew it into the wind.”

Elliott continued: “You had to go and track it down and put these pieces back together and see what the picture really was.”

When first invited to apply to work for the new museum, Elliott initially scoffed at the idea.

“I was so deep into doing my own research and, in my background,” she said, noting that her paths could have taken her elsewhere as she holds a law degree and she’s already passed the Maryland Bar.

“[The museum] just didn’t cross my mind. So, when a friend of mine asked me to apply, I was like, ‘No,’ but then she convinced me after about a week,” Elliott said.

Anxiously awaiting the Sept. 24 opening, Elliott said the deep roots of African-American history will offer visitors the kind of truths that should lead many to think deeply and it also will possess the kind of true stories that need to be a part of the American history narrative, including those about the African continent and how diverse it is.

“So, we open with people, from the beginning, that this is a story of humanity and we see how this history flows,” Elliott said. “I tell everyone the harsh story of slavery, but the very important understanding of resistance and resilience and survival.”

“There is a wall dedicated to the domestic slave trade and the Middle Passage, but when you see the extent of the information and the way it will be presented, it will blow people away,” she said.

The museum doesn’t ignore the struggle many African-Americans have today, particularly the recent rash of police shootings and violence with individuals of color.

“We don’t hold back on violence during the period of slavery,” Elliott said. “People will see how this ebbs and flows and that this violence [today] is nothing new and to understand it in a historical concept to wrestle with how to end it….and to also understand that African-Americans are Americans who have contributed to the development of this nation.”

Elliott said that there is also a part of the exhibit where visitors can read about African-Americans who struggle with the concept of whether to stay in this nation or to leave.

The National Museum of African-American History and Culture officially opens on Sept. 24 and nearly 30,000 opening weekend tickets were issued, reportedly, within one hour of becoming available.

Alabama Publisher Calls for KKK to ‘Night Ride Again’ and ‘Clean Out’ D.C.

“If we could get the Klan to go up there and clean out D.C., we’d all been better off,” Sutton told the Montgomery Reporter after news broke of his editorial. The editorial has gained national attention and condemnation.  […]

‘God will pardon your sins’

‘God will pardon your sins’

What’s next for O.J. Simpson?

What’s next for O.J. Simpson?