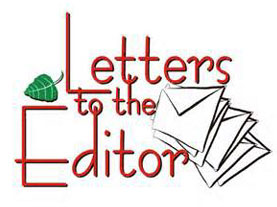 Black men must become dutiful, obligated and functional in the capacity of servants and protectors of the Black neighborhood they reside in, depending on policemen to protect us from ourselves merely demonstrates the absence of natural law being practiced among our group.

When we observe the birds, insects, fish and animals in their natural environment we observe a regulated order and discipline among their respective species. These species aren’t looking to other species to protect them; they instinctively serve and protect themselves, a natural order that the Black man in America has been socially engineered to be an opponent to the service and protection of self and neighborhood. The Black man after 160 years up from physical slavery still looks to the white man for protection even in his own neighborhood where the men of the neighborhood are by nature ordained by God to be the vanguard and protectors of their women, children and neighborhood.

Consider the ways of the ant; no foreign intruder will encroach on its colony and not encounter serious consequences. All too often death is the penalty for such careless intrusion. Ants are fascinating little creatures. As tiny and humble as the ant may appear, some species are armed with venom and are bold and courageous in defense of their colony (neighborhood).

Some species of ants are known to put animals and even human beings to running, scratching and hollering for intruding on their colony. The ant’s social life is well organized and worth observing and applying in our own Black neighborhoods. Notice when ever an ant colony is trampled upon by one’s carless foot how the vanguard (soldiers) immediately appear to investigate the damage to the colony and if the intruder is not present to incur swift retaliation, then the worker of the damaged structure begin rebuilding their colony.

Black man, I realize that these little creatures instinctively behave but what do the ant creature has in its tiny head that we as Black men do not posses in ours? The ant colony is destroyed and the workers of the colony immediately begin the process of rebuilding their neighborhood and applying their own resources and qualification. Yet, the Black man with all his college and university degrees and collective wealth would observe his community become more and more degenerate, dilapidated and unlivable and not do a damn thing with his acquired degrees in the service of his people and community. Why want the Black man unite as does the ant species and apply the benefit of his resources, education and qualification to revamp the Black community?

All free life serve and protect themselves. The Black man proclaim that he is free, but depends on white folks for all his necessities of life and even to mediate and reconcile the problems and differences that we as men of our own Black neighborhood could very well resolve if only a few Black men would unite like neighbors should and protect our environment from those who would destroy it.

We need to cease with always calling 9-1-1 regarding our family and neighborhood disputes and learn to resolve our family and neighborhood disputes independently among ourselves. Nowadays, there are entirely too many killing member by law enforcers who called our homes to investigate disputes. We must take charge and regulate our own neighborhood affairs. Let us learn to take control and be responsible of mediating our own disputes and cease with always airing our dirty laundry In the face of our neighbors and others. Black man, observe the operation of the ant for he’s dutiful (devoted) and vigilant in the protection and service of his settlement. The Black man should practice the same.