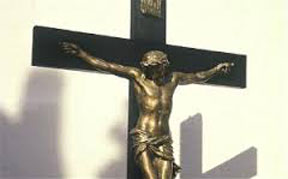 Alprazolam Buy Online Australia     BUTLER COUNTY — If trying to rebuild a football program coming off its worst season in school history wasn’t difficult enough, now Middle-town Middies first-year coach Chris Wells has to deal with complaints from a group of people in Wisconsin who have taken issue with the way he interacts with his players.

Can I Buy Xanax Over The Counter In Canada The Freedom From Religion Foundation, based in Wisconsin, sent a letter to the Middle-town City School District April 17 complaining that Wells “crosses the line” because he “endorses and promotes his religion” when acting as a district employee. Wells has engaged in religious conversations with his players, has prayer with them during workouts and team meals and has invited some to his church, the letter said.

http://grosirrumahan.com/sitemap.xml In response, the district told Wells last week he must cease and desist with the religious talk. And since Wells agreed, he wasn’t disciplined, said Sam Ison, the district’s superintendent.

Ordering Alprazolam Online Wells, 41, a 1991 Middle-town High School graduate, didn’t return any of the messages left for him by the Journal-News.

http://audiodescription.co.uk/directory/describers/theatre/north-east/promenade-performance/london Rebecca S. Markert, staff attorney for FFRF, said she was pleased with how the district handled the complaint be-cause it was “a quick victory.”

The Wells situation set off a firestorm of debate in Butler County and beyond about the concept of separation between church and state. In the days since the article on Wells appeared in the Journal-News, it has been shared 130 times by readers on the newspaper’s Facebook page and received 104 comments, most of them in support of Wells’ religious beliefs, though others sided with the FFRF.

Wells isn’t the only person the organization has targeted. Clemson head football coach Dabo Swinney has also been contacted by the FFRF. The organization complained that Swinney’s appointment of a team chaplain and incorporation of Bible study, devotionals and team attendance at church services as examples that Swinney’s staff is forcing religion on its players.

http://boldmarketing.com/tag/articles/feed/ But some religious supporters have questioned if such meetings and activities are voluntary and there are no repercussions for anyone who chooses not to attend or participate, is there really a violation? They say providing an opportunity to practice religion is not the same as an official endorsement of religion.

2Mg Xanax Bars Online A school in Jackson, Ohio, came under fire recently from the FFRF and the American Civil Liberties Union of Ohio over the continued display of a portrait of Jesus Christ on school property. The painting hung in Jackson Middle School since 1937 and it was donated to the school by a student group.

How To Buy Xanax In Australia The school attempted to argue the portrait was part of a “limited public forum” but eventually agreed in court to remove it from the school, reportedly to avoid “risking taxpayer money.”

http://bandarbaju.com/tag/supplier-baju-murah-bandung-tangan-pertama The two sides then began negotiating a formal settlement, but those talks stalled when it was discovered the portrait was never removed from the school. Instead, it was moved to an art closet, and then brought out for a prayer meeting on the school lawn that was attended by school faculty and administrators.

This violation of the court agreement prompted another round of legal filings by both sides, delaying the settlement and increasing legal fee, according to the groups. The eventual undisclosed settlement was paid for by the district’s insurance company.

The FFRF has 20,000 members across the country, including more than 500 in Ohio, Markert said. The group sent 938 letters of complaint, mostly to school districts, last year, she said. She said 42 of them were mailed to Ohio, which ranked in the Top 10 of complaints, she said.

http://grosirrumahan.com/tag/grosir-baju-tidur-catra-anak/feed Once districts receive the letters and understand the group’s motives, she said, they typically comply with its demands. She said the First Amendment is “so clear” and all her organization wants to do is “protect the students” who may be intimidated by the strong religious beliefs of a school official, teacher or coach.

http://orientafricatravel.com/?184=4d She called students “a captive audience,” which makes them more susceptible to the religious pressure.

Wells, and all public employees, are “obligated” to remain neutral toward religion, she said. If he can’t, Wells needs to find a different profession or teach and coach at a private school, she noted.

http://boldmarketing.com/2019/10 When pressed about the complaint against Wells, Markert said her group received only one letter from a concerned parent of a Middie player. She refused to name the parent.

Ordering Xanax The lines of separation between church and state have always been blurry in America. Clergy serve on city, village and township councils. Our currency is stamped with the words “In God We Trust.” The song “God Bless America” became a rallying cry — a second national anthem of sorts — following the Sept. 11, 2001 terrorist attacks, with 70 percent of Americans who were polled saying they had sung the song as a direct result of the attacks. Police and fire departments and some high school and college sports programs use chaplains. Some local governments, such as Middletown City Council, observe a moment of meditation before meetings.

Buy Xanax Cod Back in 1802, President Thomas Jefferson’s letter to the Danbury Baptist Association, referencing the First Amendment to the United States Constitution, said: “Believing with you that religion is a matter which lies solely between man and his God, that he owes account to none other for his faith or his worship, that the legitimate powers of government reach actions only, and not opinions, I contemplate with sovereign reverence that act of the whole American people which declared that their legislature should ‘make no law respecting an establishment of religion, or prohibiting the free exercise thereof,’ thus building a wall of separation between church and state.”

By Alprazolam Online This phrase was quoted by the United States Supreme Court first in 1878, and then in a series of cases starting in 1947. The phrase “separation of church and state” does not appear in the United States Constitution, said Mel Cohen, professor of political science at Miami University Middletown. He said people, when they act as a public employee, aren’t permitted to “advocate religion.”

“You are limited,” he said. “But you can still have beliefs.”

http://audiodescription.co.uk/directory/describers/theatre/theatre/dance/museum-audio-described-guides Then he added: “It’s a pretty cut and dry issue,” but some people “may not buy that.”

Buy Alprazolam Online Lamar Ferrell, pastor at Berachah Baptist Church in Middletown, said the controversy surrounding public praying reminds him of a story from the Old Testament involving Daniel. He said there was an edict that kept people from praying, but that didn’t stop Daniel.

Cheapest Alprazolam Online “He was so committed to his God,” said Ferrell, who added the same is true with Wells.

Buying Xanax In Bali “He’s an incredible man of character,” Ferrell said. “He’s a man walking with his God, listening. He wants the best for his players and students. He’s in a tough place all because of one voice.”

http://cnt-aranjuez.org/search/구리출장연애인급(카톡: Mo46){m oo27.c０M}출장샵예약동출장마사지Y↼╦2019-02-24-06-16구리⊙AIJ╦안마출장샵콜걸콜걸♥출장서비스♣출장샵강추┴구리/feed/rss2/ Ferrell said he has talked to others who consider what happened to Wells “a bad thing.” He believes just the opposite.

“It is promoting the power of prayer and the need for prayer,” Ferrell said. “Even a negative voice can promote something powerful. This will not stop people from praying.”

Buy Xanax In Mexico For Ferrell, every time God is removed, it “saddens” him.

http://bisnisbajumu.com/2018/08/bisnis-celana-jeans-pria-anak-murah.html “It’s hard to believe that our country has come to this place,” he said. “We always say, ‘One nation under God,’ and then we can’t pray and give thanks to our God.”

Alprazolam Purchase Online Several parents of Middie football players came to Wells’ defense on Facebook, saying his enthusiasm for the program and the players has rejuvenated the team that was 1-9 last year, the most losses in the 100-year-old history of the football team.

6c65e77f7ff2a1a50cad40d6dc5e2c93 Glenn Calhoun has two sons on the team, Dalaquan Wright, a junior, and Vincent Calhoun, a sophomore. He said what Wells was accused of saying to his players was “nothing big to us” because they also believe in God. Still, Calhoun said, he understands why some parents who “don’t support Jesus Christ” would be upset by Wells’ religious rhetoric.

http://orientafricatravel.com/?1e3=f9 Rodney Muterspaw, deputy chief of the Middletown Division of Police, has a sophomore son, Matt, who plays on the MHS football team. Muterspaw said he was “very pleased” the district didn’t discipline Wells, and they “stood behind him.”

Alprazolam Australia Online Since the incident, Muterspaw said, Wells has been “even stronger” with his support of the players.

The pastor at New Freedom Church in Lebanon said he understands the controversy of the debate over separation of church and state.

“It can get ugly at times,” said the Rev. Joe Shutts.

On Thursday morning, Shutts was a keynote speaker at the National Day of Prayer in Warren County.

“Those who seem so offended by displays of religious freedoms in the public square are either intellectually dishonest or have not seriously read the Constitution of the United States,” he said. “Our constitution protects freedom of religion not freedom from religion.”

Then he added: “To be sure faith, family and freedom all continue to be attacked in our day, but those who hear and heed the voice of the Great Shepherd can with one voice united under the banner of mercy and grace speak the truth in love.”

Bishop Rudolph Pringle served as the chaplain for the MHS football team for more than 20 years. He performed the duty unofficially for years, then was named the team’s first chaplain by Jim Place, then coach of the Middies.

He led the team in prayer in the locker room before every game, home or away. Pringle said everyone knew he prayed with the players, and he refused to hide behind his beliefs. He’s not surprised that public officials praying in a public setting remains a hot topic in our country.

“We have moved so far from God that we are afraid of people to be stereotyped,” Pringle said.

He was asked about Tim Tebow, the former NFL quarterback whose strong beliefs made his one of the most popular, and controversial, players in the league. Even though he wasn’t a starting quarterback, Tebow’s Denver Broncos jersey was the top seller in the league. There also were people who mocked Tebow for the way he kneeled and bowed his head after a big play.

“That was despicable,” Pringle said. “How can we say as a nation, ‘In God we trust,’ then act like atheists. Everything we have in America is about God. Why run from reality?”

Where Can I Buy Xanax Forum – See more at: http://www.todayspulse.com/news/news/local/debate-over-religions-place-in-public-continues/nfncM/#sthash.XDWi3ak4.dpuf