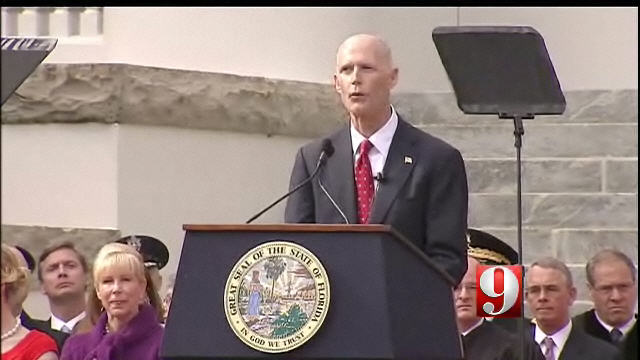 By JIM SAUNDERS
THE NEWS SERVICE OF FLORIDA

THE CAPITAL, TALLAHASSEE, October 26, 2012………A federal appeals court will hear arguments next week in a battle about a 2011 Florida law that would require people to pass drug tests before they can start receiving public-assistance benefits.

The state is asking the 11th U.S. Circuit Court of Appeals to overturn a district judge’s ruling that blocked the law because of concerns it violated the federal constitution’s ban on unreasonable searches.

The Republican-controlled Legislature and Gov. Rick Scott approved the drug-testing requirement for applicants to the program known as Temporary Assistance for Needy Families, or TANF, which replaced more-traditional welfare in the 1990s. Florida carried out the testing requirement for more than three months, before U.S. District Judge Mary Scriven issued a preliminary injunction in October 2011.

In a brief filed early this year, the state said requiring urine tests does not violate the constitution and that TANF is designed to improve family stability and help beneficiaries get jobs.

“Drugs are antithetical to both goals, and thus drug testing furthers the program’s purposes,” the brief said. “TANF applicants, who must disclose a broad range of private information in order to participate in the program, have a substantially diminished expectation of privacy. Moreover, drug testing is commonly required in today’s society — particularly in the very job market that TANF prepares participants to enter.”

But opponents, represented by the American Civil Liberties Union and the non-profit Florida Justice Institute, said in a brief that the district judge properly found the state had not shown a “special need that would allow the government to impose blanket suspicionless drug testing on all TANF applicants.”

“Since 1996, the TANF program has operated in Florida without forcing applicants or recipients to submit to suspicionless drug testing,” another part of the brief said. “There is no evidence of a sudden epidemic of drug use or abuse by TANF recipients; no indication that recipients of TANF were using those funds to purchase illegal drugs at all, let alone more often than other recipients of federal funding, including students, veterans, the elderly and government contractors.”

The lawsuit, which was filed in September 2011, includes a named plaintiff, Luis Lebron, who at least at the time was a college student, a single father and a Navy veteran. Lebron applied for TANF in July 2011 and met the program requirements, but he challenged the constitutionality of the drug-testing requirement, according to court records.

The appeals court is scheduled to hear arguments Thursday in Atlanta. The case is being watched in other states, with Alabama, Kansas, Michigan and Oklahoma filing a joint brief in support of Florida’s stance.

Meanwhile, a separate case is pending in the appeals court about a Scott effort to require drug testing of state employees. A lower-court judge this year blocked that plan, prompting the governor to appeal.

In the TANF case, the state contends that the 2011 law does not force people to take drug tests, though they must pass a test to receive benefits.

But opponents disputed that argument, saying the district judge was correct that “requiring TANF applicants to undergo universal suspicionless drug screening as a condition for even determining their threshold eligibility for benefits is an unconstitutional condition. Applicants have no ‘right’ to receive benefits, but they do have a right to apply for them; that right cannot be conditioned on their waiver of constitutional protections.”

By MICHAEL PELTIER THE NEWS SERVICE OF FLORIDA Posting or forwarding this material without permission is prohibited. Contact news@newsserviceflorida.com. THE CAPITAL, TALLAHASSEE, January 23, 2013…..Gov. Rick Scott on Wednesday called on state lawmakers to give every […]

Scott: Florida opt out of parts of health care law

By DAVID ROYSE  THE NEWS SERVICE OF FLORIDA THE CAPITAL, TALLAHASSEE, January 17, 2013….Gov. Rick Scott said Thursday that up to 14 days of early voting should be offered during the next election in Florida, […]