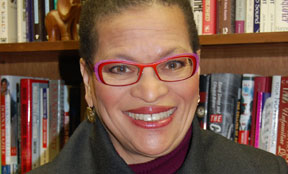 Economic inequality at home and abroad

Julianne Malveaux says that it’s clear that the poorer, Blacker residents of Flint get far less attention from the governor than wealthier, Whiter residents.

Days before the opening of the World Economic Forum, Oxfam, the international organization that works on world poverty issues, released a report that addressed inequality. They found the international wealth gap growing rapidly. Last year, just 62 individuals had the same wealth as the 3.6 billion people who make up the bottom half of the world population. Wealth has become much more concentrated – in 2010, more than five times as many people shared the same amount of wealth as the bottom half.

While the top 62 people saw their wealth grow by 44 percent in five years, the bottom half saw their wealth drop by about the same amount (41 percent). And world incomes reflect increasingly concentrated wealth inequality. Nearly half of the world’s population lives on less than two dollars a day. One in five people – 1.2 billion – live on less than a dollar a day. Oxfam says that, “growing economic inequality is bad for us all – it undermines growth and social cohesion…the consequences for the world’s poorest people are particularly severe.”

While the Oxfam world inequality data is jarring, we don’t have to go global to witness the “particularly severe” consequences of domestic income and wealth inequality. Consider Flint, Michigan, the small (population around 100,000) Rust Belt city that has made national (if not international) news because of the quality of its drinking water. Republican Governor Rick Snyder appointed an emergency manager who recommended switching the city’s water source from Lake Huron to the Flint River. The river water was so foul that General Motors refused to use it, saying it would rust auto parts. If it would rust parts, what about kids? More than 40 percent of the people in Flint are poor. Fifty-six percent are African American. The city’s median income is about $23,000 a year, compared to $48,000 for the rest of the state. Clearly, the people of Flint can’t afford to purchase politicians or to force them to be responsive to their needs. Instead, like a billion people worldwide, the people of Flint have been deprived of the human right to clean and safe water.

We in the United States like to brag about how much better off we are than the rest of the world. But we can’t seem to provide our citizens with something the United Nations (UN) has declared a basic human right. In 2010, the UN General Assembly said that access to clean and safe water is a human right, noting, “Everyone has the right to water, no matter where s/he lives.” The UN has said that they will monitor the progress of nations in providing water and sanitation. Maybe the UN should come and monitor Flint.

While the UN has said that water is a human right, some industrialists disagree. In 2013, Nestlé’s chairman Peter Brabeck-Letmathe said he wanted to privatize the water supply. While he has been vocal in talking about the fair distribution of water, he also leads a company that is the world’s top seller of water, and is charged with returning value to shareholders no matter how water is distributed. It would be good to see Nestle and Mr. Brabeck-Letmathe weighing in on the Flint situation, perhaps providing some donated water to underscore the need for fair water access. Certainly, capitalism minimizes the possibility of fair access when proposals to privatize water are considered.

Cher has donated 180,000 bottles of Icelandic Global water to Flint. She is paying for half of the bottles of water, and the water bottlers are donating the other half. She has shared her outrage about the Flint situation in cyberspace, calling out Governor Snyder for his callous indifference to the people of Flint. The governor’s tepid apology, only delivered under pressure, does nothing to ameliorate the damage to thousands of children and young people who have been exposed to the leaded water.

Governor Snyder says he hopes the issue does not become “political.” Really? If politics is the practice of dividing resources, then this clean water matter is intrinsically political. Who gets clean water? Why? When the demographics of Flint are compared with those in the rest of the state of Michigan, it is clear that the poorer, blacker residents of Flint get far less attention from the governor than wealthier, whiter residents. The citizens of Flint have been forced to accept a deficient water quality, for political reasons.

The plight of Flint citizens will hardly make the agenda of the Davos World Economic Forum. But the United States cannot claim lofty space as a world human rights leader when our own citizens are denied the basic right to clean water.

“From 1882 to 1986, Congress failed to pass anti-lynching legislation when it had an opportunity 200 times. Today, by passing this bill we have offered some long overdue justice and recognition to the victims of lynching crimes,” said Senator Harris. […]

When the word spread among the hundreds of thousands of Ethiopians scattered across the United States that Dr. Abiy Ahmed, the newly-elected Prime Minister of Ethiopia, would visit Washington, D.C., Los Angeles, Calif., and Minneapolis, Minn., the expatriates prepared to travel to those cities by plane, bus, train or car. […]