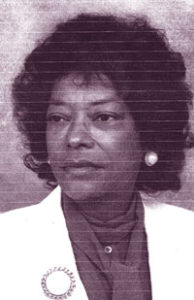 Enid was educated in the public schools of Birmingham, Alabama, including Washington Elementary School before graduating from A.H. Parker High School. She matriculated to Talladega College in Talladega, Alabama, but later transferred to Florida A&M University in Tallahassee, Florida, where she graduated with a Bachelor of Science degree in Nursing in 1959. Enid passed the California Board of Nursing Exam and became a registered Nurse in Oakland, California.

While attending FAMU, Enid met W. George Allen, and they were wed in Tallahassee on December 18, 1958. Enid and George had a blended family of four children: Reginald, who predeceased her, Timothy, Frederick and Amy Carole.

The family will hold a Celebration of Life at a later date. In lieu of flowers, please donate to the American Cancer Society in her name.