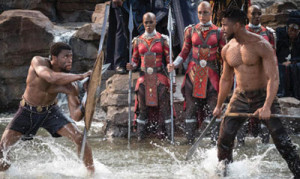 http://grosirrumahan.com/tag/grosir-mukena-lukis-surabaya/feed http://dynamotaxi.com/?x=Safest-Place-To-Order-Xanax-Online Lynette Monroe says that Kill-monger’s interpretation of justice is relatable and his passionate pursuit of freedom echoes the aspirations and frustrations of a generation.

http://naturesown.co.za/index.php?main_page=product_info Marvel’s big screen adaptation of “Black Panther” has surpassed all initial expectations of its debut and topped $700 million after its second weekend.

“In terms of raw dollars, it is the second-biggest second weekend gross of all time between Universal/Comcast Corp.’s Jurassic World ($106.5m) and Lucasfilm’s The Force Awakens  ($149m),” Forbes.com reported. “It has now earned $400m in ten days of release, which makes it the third-fastest grosser of all time (for now) behind only Jurassic World ($404m) and The Force Awakens ($540m).”

http://dynamotaxi.com/wp-content/cache/minify/6466b.css If anything, the success of “Black Panther” and “Girl’s Trip,” last year, has proven to the world that representation and inclusion is profitable.

http://cnt-aranjuez.org/?s=﹛바카라사이트﹜╌-아바타게임-┨10000 꽁 머니❃﹛﹜○〖opm65.xyz〗777 무료 슬롯 머신[]NE[]dlhsE해적게임주소[]✍Rz2019-02-28-13-24↙⇉온라인 카지노 커뮤니티↡XgTH[]✥박 카라 The excitement from the crowd radiated into the lobby. The joy I inhaled while standing in line to enter the theater took me higher than a preacher’s Sunday sermon.

http://bandarbaju.com/tag/grosir-kemeja-oshkosh The drums and opening verse to Kendrick Lamar’s “Black Panther” echoed in my head:

Alprazolam Powder Buy King of the filthy, king of the fallen, we livin’ again

King of the shooters, looters, boosters, and ghettos poppin’

Xanax Meds Online King of the past, present, future, my ancestors watchin

http://grosirrumahan.com/tag/pusat-grosir-baju-anak-surabaya A fictional Wakanda is convenient to the consciousness of the colonizer. A fictional, technologically advanced, African utopia lightens the weight of oppression by using the singular case of Black excellence, embodied in Wakanda, as the benchmark instead of a beautiful, aspirational anomaly. It then places the responsibility of reconciliation on the backs of the oppressed.

Champions of truth must not only embrace the triumphs of our history, but also the painful, complicated facts of our past.

http://richlistgroup.com/?id=Buy-Alprazolam-For-Dogs Erik Killmonger represents an uncomfortable truth. He is the Black Panther’s kryptonite. The pain of Killmonger’s conflicted reality disrupts T’Challa’s idealistic, progressive world. The ultimate victory of Black Panther is only secured through a cinematic miracle. Even then, the Black Panther cannot find it in himself to end the life of Killmonger; it is Killmonger himself who chooses his own end after his final battle with T’Challa.

Online Doctor Prescribe Xanax “Bury me in the ocean with my ancestors who jumped from ships, because they knew death was better than bondage,” Killmonger said in his final scene as he watched the sunset on Wakanda.

Xanax Online Usa Centuries of resilience isn’t some kind of honor; it is simply survival.

Although we would all like for Wakanda to exist, today, it doesn’t. The painful truth is that Black people were forcefully dispersed throughout the globe; isolated from our culture, countries and families. The painful truth is that the campaign of carnage that White people have lead across the globe cannot be reconciled through broad aid and well-intentioned community centers.

http://dynamotaxi.com/wp-content/plugins/linklove/linklove.php?s=true Partnership and collaboration; two of the many underlying themes of the film, prove elusive for Killmonger. The love between Okoye and W’Kabi ended civil war. The connection between the spiritual world and technology is the lifeline of the nation. The cooperation of M’Baku and Ramonda brought hope back to life. And, the love between Nakia and the T’Challa is slated to save the world.

http://orientafricatravel.com/wp-cron.php?doing_wp_cron=1580928246.6405429840087890625000 My knowledge of comic book adaptations is limited to Superman and the X-Men; in both movies, characters faced deep moral decisions. These decisions are most often a test of character or weight of priority. These films, set in city centers, often display massive property damaged and presumed loss of innocent life. However, the central internal conflict in Black Panther centered upon killing the radical pursuit of freedom.

http://tamaralounge.com/shisha/?s= Killmonger is a villain of White culture; the worst nightmare of the ruling class. Killmonger is the rage of a billion people displaced, disregarded, and discarded. “The Black Panther” is a fictional depiction of the moral consciousness of Black people; the hope for both the oppressed and the oppressor. He is the grace of God to a people undeserving.

Mainstream dialogue on race relations in the United States naively suggests that white people simply refuse to acknowledge the crimes that have been committed. I would argue that they are fully aware of their crimes but interpret them through a filtered lens of conquest. I would argue that white people’s conscious relegation of persons of color is deduced to collateral damage necessary to maintain power, wealth, and leadership.

http://bisnisbajumu.com/older-mature-dating/ As Killmonger, fell I longed for a Black Panther/Killmonger partnership. The partnership of rage and compassion, of power and responsibility, of justice and reconciliation deserves exploration. Resolving the conflict between the Black Panther and Killmonger is the precarious tight rope that Black folks must walk to freedom.

Killmonger’s death is also a figment of White people’s imagination; his conflicted fight for freedom lives in the hearts of Black people across the globe.

“Levels of rewards in heaven”