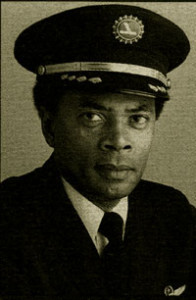 ­­ ­Let Les Morris get in the left seat for nine more years and he will have logged a half century of Flying, a rarity amongst African American pilots. Currently working on his 42nd year in the aviation business, Morris started out flying Piper Cub in 1954. Three years later he, like many others before and after him, Les joined the Air Force as an Air National Guard pilot.­ But, unlike other Black commercial airline pilots, Morris went to work with the Federal Aviation Administration first before becoming a commercial pilot. He first became an Air Traffic Controller and then a Radar Controller and Crew Instructor.­ He left the FAA in 1965 and was hired as the first African American pilot for Eastern Airlines in November of the same year. During his 26-year service to the “Wings of Man” as the air carrier’s slogan went, he flew various air-craft including the Lockheed 1049, DC-8. Boeing 727, L1011 and Boeing 757. ­Thirteen years after joining Eastern, he was named captain on a 727. Six months later he was approved as a Check Pilot by the FAA and became a Manager of Flying. Morris retired from Eastern in 1991 and became the Chief Pilot for the Pan Am Shuttle. Morns later signed on with Flight Safety Inc. as a flight instructor on the Falcon 900. He currently works part-time with a New York company flying the same model plane. Morris is a former President of the Negro Airmen International.­