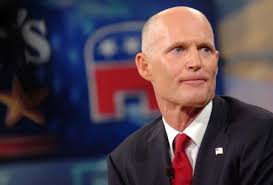 “Governor Rick Scott’s attempt to undermine and pressure St. Lucie County Supervisor of Elections Gertrude Walker – just because he would prefer to keep Allen West in Congress – is yet another blatant display of his willingness to disregard the rule of law for political gain.

“It was Governor Scott who cut early voting hours, created long lines during early voting, and imposed unprecedented burdens on county election offices. Despite his repeated efforts to disenfranchise voters, the people of Florida’s 18th district chose Patrick Murphy to represent them in Washington, and by a margin that does not necessitate a recount.

“Governor Scott’s efforts to interfere with a local official who has decades of experience and overturn an election conducted in full accordance with the law are a gross misuse of power and an unwarranted intrusion into the electoral process that should cease immediately.”Contact: Lale Mamaux (Rep. Alcee L. Hastings) – (202) 841-6442

Regarding Governor Rick Scott’s Proposed Teacher Raises   By BTU President Sharon Glickman, Esq. January 23, 2013      “Florida’s teachers need raises, but the state has a long tradition of taking away as much […]