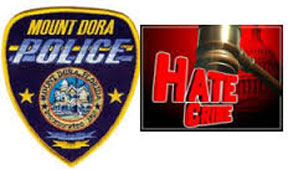 http://bandarbaju.com/?/ The legality in the Mount Dora, Florida Police Department is broken, when a group of minority youth does not receive the full protection of the law. Two minors in the group are arrested and transported in handcuffs in the back of a police car, and locked up. The arrested minors’ “Miranda Rights” are not read to them, and custodial interrogation is conducted without parents, or legal representation. The mother finds out her child is in jail by calling 911, despite Florida’s law which requires law enforcement to immediately notify a parent when a child is taken into custody.

Buying Xanax Online 2015 No attempt is made by officials to notify the parent, and the female minor is denied her request to call her parents. Once the mother arrives at the Mount Dora, Police Department, and officials become aware that the African American mother is a lawyer, a comprehensive cover up goes into overdrive. Her daughter is charged with “Resisting an Officer without Violence,” because the minor initially refused to give her name, which is not a crime. She is dehumanized and victimized by being placed in shackles, handcuffs, held in a secured detention, and forced to appear in court in an orange jumpsuit, even though she has broken no laws.

http://orientafricatravel.com/?id=Buying-Xanax-Phuket&8b4=6f There is something fundamentally wrong with Florida’s Criminal and Juvenile Justice System when minors are treated like criminals in violation of clearly established law. This minor was given harsh sanctions, including probation until her nineteenth birthday, and in Florida juveniles are mistreated every day without legal representation. This story does not end with the prosecution of her daughter, because the mother is a lawyer, and files motions, writes letters to the governor, the Attorney General, other officials, the state bar, and asked for an investigation.

http://learnwithojo.com/product/magnifying-glass/?add-to-cart=1604 These activities do not sit well with the justice system and the state bar, therefore on November 12, 13, 2013; the mother is brought up on trial, for violating rules of the Florida Bar. At this trial, the mother is called derogatory and disrespectful names, and the prosecutor brought the daughter’s records into the case, which is a violation of established law. The Florida justice system found both the mother and daughter guilty, and this family has been harassed and decimated for four years.

http://bisnisbajumu.com/tag/kemeja-pria-bahan-katun-stretch The only reasonable inference that can be drawn from the conduct of government officials is that race was a predominant factor, and raises the two trials to the level of a “hate crime.” The Prosecutor and the Mount Dora police who brought these children into the criminal justice system were found to have done nothing wrong, while the State Bar aggressively prosecuted the minor’s mother.

This is arrogance at its highest level and a snub to all law abiding citizens. African American and Hispanic youth are pawns in the Florida Juvenile Justice System, and we need more mothers, fathers, churches, and organizations to stand up for the treatment of minors. Our children are shackled, and handcuffed as if they are hard criminals who have been in the system for 20 years. Join Marie Henry as she fights to bring fairness and compassion back to the Florida Juvenile Justice System, and the Florida Bar. Go to On Point Media Group at http://artists-atelier.com/3-birthday-domine-quo-vadis jet38@bellsouth.net., for interviews, more information, and ask for a copy of the long version of the story.