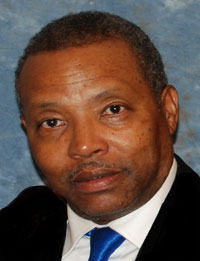 The Florida State Primitive Baptist Convention, organized in 1901, is preparing for the inauguration of Dr. Willie Junior Williams as its seventh president.  The inaugural activities will be held on Thursday, January 11, 2018, at the Bayfront Hilton Hotel, 333 1st Street, South, St. Petersburg, beginning at 6 p.m.

After the ceremony, attendees will have an opportunity to greet/congratulate Dr. Williams and other program participants during a lavish reception planned for the Grand Ballroom of the Hotel.

Dr. Williams, a native of Cairo, Georgia—Cairo High School’s Class of 1974—has been an active force in Florida following a six-year tour with the United States Navy after graduation from High School.  His academic credentials include earning a Bachelor of Arts degree in history at Southeastern University and an Honorary Doctor of Divinity at Florida Beacon College. He served as an employment interviewer for Job Services of Florida (Lakeland) before beginning a ten-year teaching career at Kathleen Senior High School (Lakeland).

An active community participant, he served for five years as a Commissioner for the City of Lakeland and one year as Mayor of the City of Lakeland.  Other community involvement include: FBI Citizens Academy Graduate, President of the South Nebraska Neighborhood Association (Tampa), United Way Advisory Board of Lakeland, President of the Lakeland NAACP, Member of the Legislative Committee for the Florida League of Cities, Concerned Citizen Group of Northwest Lakeland, and several other boards and committees.

In his upcoming role as president for the FSPBC, Dr. Williams is looking  forward to organizing and instituting an operations and procedures manual along with the Vision that God reveals to him for the Convention.