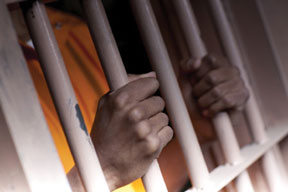 Buy Xanax Silk Road “The size of the group of innocent people sent to death surprised me, said Samuel Gross, co-author of the study and a law school professor at the University of Michigan at Ann Arbor. “I would not have predicted it was anywhere near that large.”

Buy 2Mg Xanax Online Not Canadian The study, published in “Proceedings of the National Academy of Sciences,” estimated that between 1973 and 2004 about 1 in 25 (4.1 percent) defendants that received a death sentence were falsely convicted and would have likely been exonerated if they remained on death row indefinitely.

In a statement, Gross said that most of these undiscovered, innocent capital defendants have been re-sentenced to life in prison, and then forgotten. Although death sentence cases account for roughly one-tenth of 1 percent of prison sentences, they represent about 12 percent of the known exonerations between 1989 and 2012.

http://richlistgroup.com/assets/images/2012-ferrari-458-italia-coupe-base-fq-oem-2-1280-676x450.jpg “A major reason for this extraordinary exoneration rate is that far more attention and resources are devoted to death penalty cases than to other criminal prosecutions, before and after conviction,” stated the report.

Most felony convictions occur without any evidence presented in court and are often the condition of negotiated plea deals. Once convicted, few defendants receive legal counsel. The report said that death sentence cases are far different.

Alprazolam Paypal “All death sentences are reviewed on appeal; almost all are reviewed repeatedly. With few exceptions, capital defendants have lawyers as long as they remain on death row. Everyone, from the first officer on the scene of a potentially capital crime to the Chief Justice of the United States, takes capital cases more seriously than other criminal prosecutions — and knows that everybody else will do so as well,” stated the report. “And everyone from defense lawyers to innocence projects to governors and state and federal judges is likely to be particularly careful to avoid the execution of innocent defendants.”

http://audiodescription.co.uk/directory/describers/east-midlands/south-west/international-organisations-for-the-support-of-access Once the threat of execution is eliminated, the players move on and the chances of an innocent person regaining their freedom quickly fade away.

http://bisnisbajumu.com/tag/kaos-muslim-anak-murah/feed “The comment about that is that the death penalty system takes a lot of the resources from the ‘regular’ criminal justice system,” said Robert Dieter, executive director of the Death Penalty Information Center.

http://learnwithojo.com/8-year-olds/?add-to-cart=4648 The most recent research suggests that each death penalty case costs an average of $3 million from beginning to the end. Dieter said that $3 million doesn’t capture all the costs associated with a death penalty case, because not everybody that receives death sentence is actually executed.

http://naturesown.co.za/wp-cron.php?doing_wp_cron=1580914233.9786300659179687500000 Dieter said that per execution, the costs are 10 times higher, because only about 10 percent of people who get the death penalty are executed. That means that one execution costs closer to $30 million. Dieter continued: “The net costs of all the legal work and all the cases that lead up to it, and end up with that single execution make it highly expensive for just one execution.”

Cheap Xanax Overnight Delivery The DPIC reported that between 1973 and 2011, death sentence cases costs American taxpayers nearly $25 billion. People don’t mind paying for something if it’s positive and it works, said Dieter. The death penalty represents the complete opposite.

Even though the death penalty is only being used by a small cluster of states and counties, said Dieter, everybody’s paying for it.

http://dynamotaxi.com/wp-cron.php?doing_wp_cron=1581114840.8733360767364501953125 In the 2011 study “Struck by Lightning: The Continuing Arbitrariness of the Death Penalty Thirty-Five Years After Its Re-instatement in 1976,” the DPIC said that, “One of the strongest determinants of who gets the death penalty is the race of the victim in the underlying murder.”

“The odds of receiving the death penalty in Georgia were 4.3 times greater if the defendant killed a white person than if he killed a Black person,” stated the report.

http://tamaralounge.com/sitemap-pt-page-2016-10.xml The report continued: “In Florida, for example, a defendant’s odds of receiving a death sentence is 4.8 times higher if the victim is White than if the victim is Black in similar cases. In Oklahoma the multiplier is 4.3, in North Carolina it is 4.4, and in Mississippi it is 5.5.”

The research on innocent defendants who receive the death penalty also revealed that “fewer than half of all defendants who are convicted of capital murder are ever sentenced to death in the first place.”

http://audiodescription.co.uk/directory/certificate-in-audio-description-skills-screen/certificate-in-audio-description-skills-screen/east-anglia/south-east The report continued: “It follows that the rate of innocence must be higher for convicted capital defendants who are not sentenced to death than for those who are. The net result is that the great majority of innocent defendants who are convicted of capital murder in the United States are neither executed nor exonerated. They are sentenced, or re-sentenced to prison for life, and then forgotten.”