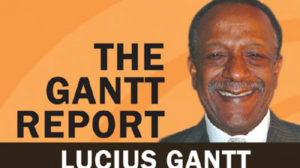 President Donald Trump’s effort to get American tax payers to finance a wall that he swore Mexico would pay for came to crumbling halt after the effort got cold-cocked by a Congressional Cat, House Speaker Nancy Pelosi.

Pelosi refused to budge an inch or get the Democratic Caucus to even take up any wall proposal until the Trump shutdown of federal offices and programs were reopened and back in operation.

According to Trump, a wall is needed because a wall would prevent undesirables from entering the United States by crossing the US southern border with Mexico.

The President claimed caravans of children and families approaching the border were embedded with terrorists, gang members and drug dealers!

That is the dumbest rationale to explain poor political policies I have ever heard.

Recent groups trying to enter the United States via the southern border were primarily people fleeing from violence and political oppression that were seeking asylum in America.

None of those asylum seekers fit Trump’s descriptions.

Let me explain why.

Terrorist, gang members and real drug dealers never walk across any borders of any countries along with wo-men, children and babies!

All of the accused “invaders” could never be mis-taken for hardened criminals and historical law breakers. They are just people that want a better life for their children and families.

Terrorists, for instance, have money. Al Queda has money. ISIS has money and even Boku Haram has enough money to buy guns, bullets and bombs. When terrorists take over a geographical lo-cation, they also take over the oil fields, commodities, resources and businesses that they pirate from countries they conquer.

You can’t go to sleep and dream that drug dealers and drug traffickers don’t have money. Bumpy Johnson and Frank Lucas had money, and the dollars they had were chump change compared to the bank rolls amassed by people like Escobar and El Chapo!

Trump’s wall idea was just an effort to please his bigoted, white nationalist and ku klux klan base that is intent on keeping all people of color out of the United States.

The Trump wall, which might be revisited again in Congressional deliberations, is merely an attempt to “Make America White Again”!

There was a cave in the wall, so to speak!