Buy Xanax India Online Can I Buy Alprazolam In Mexico 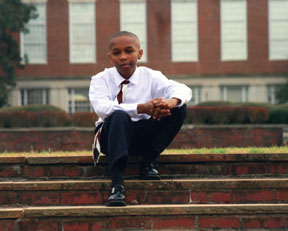 Future doctor who was homeschooled triple majors at Morehouse

In the Unites States the statistics for Black males who are of school age are not that good to say the least:

Xanax Sales Online Stafford, who is from Lithonia, Ga., started his education playing school with his older sister when he was only two years old. Now 17, he is set to graduate college with a triple major and could complete medical school by the time he turns 22.

http://bisnisbajumu.com/dating-sites-senior-citizens/ Stafford’s mother was not about to take that chance and home-schooled him. By the time he was 11, his mother found that he was too smart for her to teach, even though she was quite intelligent. She had him audit Algebra II at Morehouse College in Atlanta. The next year he aced pre-calculus and Morehouse College allowed him to officially enroll.

Where To Order Xanax Online Forum Though he will graduate this year with a triple major in pre-med, mathematics and computer science, he doesn’t see it as anything special. Even though he was named one of the “50 Smartest Teenagers” in the country.

Buy Alprazolam Cheap “I look back and see all the stuff I’ve done. I know, yes, I’ve done a lot,” Stafford says. “But I can do a whole lot more. I want to live up to my potential. Potential doesn’t have a limit. It’s like a rainbow. You can constantly keep chasing it and you will never get to it. And I know I don’t have any limits as long as I keep trying.”

In 2010, he was quoted as saying, “I didn’t know what the big deal was about…I just knew it was the next step in… …my education–and I’m gonna do what my mother tells me to do.”

After graduation, Stafford will attend Morehouse’s School of Medicine and one day specialize in obstetrics and fertility. The classically trained pianist says, “I’m just like any other kid. I just learn very, very quickly.”

Xanax Prescription Online Legal “I plan to go to the Morehouse School of Medicine, focus in obstetrics, specialize in infertility, and graduate when I’m 22. I want to help babies come into the world. I’d also like to develop my own computer operating system. At one point, I will live outside of the country for a few years. And when I come back, I am thinking about moving into the city. I just love the idea of the city, like downtown Atlanta. I went there for the first time the other week. We went to this building and it had a radio station. I was on two radio shows in the same building. And I just loved downtown.”

The new slave voyages website counts as the product of three years of development by a multi-disciplinary team of historians, librarians, curriculum specialists, cartographers, computer programmers, and web designers, in consultation with scholars of the slave trade from universities in Europe, Africa, South America, and North America. […]