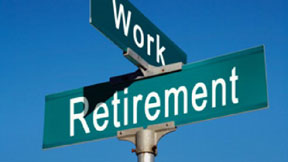 Great Recession may cause some to retire later

WASHINGTON, DC (NNPA) – Many Black families, ill prepared to weather personal financial storms, lost their homes during the Great Recession and burned through what little assets they had just to keep from going under.

A new report by the Urban Institute details why many Blacks will be working well into their golden years and how the federal government perpetuates the widening wealth gap between Blacks and whites.

The report titled, Impact of the Great Recession and Beyond, said that plummeting home prices and skyrocketing unemployment rates “made matters worse” for many homeowners, especially Black homeowners.

“The young and families of color experienced the largest percentage declines in wealth as a result of the Great Recession, driven in large part from declines in housing,” stated the report.

The Urban Institute said that family wealth was not only lost through the housing market, but also through the stock market and early withdrawals from retirement savings.

As white families get older, their wealth trajectory increases, which mean they’re able to save more money for things such as college education, financial emergencies and retirement, but for Black families, the passage of time had little or no effect on the rate of wealth they were able to accumulate.

During the Great Recession, United for a Fair Economy, a group that advocates for economic justice, estimated that it would take nearly 600 years for Blacks to achieve wealth parity with Whites.

Even worse, policies crafted by the federal government to help all homeowners often hurt low- and middle-income homeowners.

“These subsidies primarily go to high-income families and do not seem well geared to dealing with particular economic conditions and cycles, nor the low wealth of the young and low-income,” stated the Urban Institute report. “A common misconception is that poor or even low-income families cannot save, but, in fact, many can and do—especially in homes and saving accounts.”

A report by The Center for Budget and Policy Priorities said that the mortgage interest deduction program cost $70 billion a year, “but it appears to do little to achieve the goal of expanding homeownership.”

The report said: “The main reason is that the bulk of its benefits go to higher-income households who generally could afford a home without assistance:  in 2012, 77 percent of the benefits went to homeowners with incomes above $100,000. Meanwhile, close to half of homeowners with mortgages — most of them middle- and lower-income families — receive no benefit from the deduction.”

In a 2012 report, the CBPP recommended that a renters’ tax credit could also help level the playing field in the housing market.

“It could reduce each household’s monthly rent by an average of $400; its value alone would lift 270,000 families out of poverty and lift four of five of the poorest families it assists out of deep poverty,” the report said.

At the state-level, the renters’ tax credit could help reduce homelessness among veterans, keep at-risk families together and assist low-income elderly and people living with disabilities find housing.

The CBPP report on the renters’ tax credit said that, “Such initiatives would not only further important policy goals and provide needed help to some of the nation’s most vulnerable people, but they would also generate savings in health care, child welfare, and other systems.”