In a joint effort to get students involved with the Children Services Council’s 2019 Broward AWARE! Protecting OUR Children campaign: Growing the Voices of Our Future, the Westside Gazette will engage youth in a photovoice (photojournalism) project.  The youth will tell their stories through the written word and through the lens of cameras they will operate as photojournalists focusing on but not limited to the Broward AWARE campaign.

Women’s Impact on the World

Women across the world have had such a huge impact on the world but even they are overlooked in the world to this day.  For example, Mary Anderson was the per-son who invented the windshield wiper.  Another example is Marie van Brittan Brown who invented a closed circuit television security system with her husband Albert Brown.  Basically, it is a normal everyday security system with cameras that you have at home or that you see at the mall.  Marie Curie was one of the first pioneers when it came to researching radiation.  So if it weren’t for her, we wouldn’t know nearly as much as we know today about the causes and effects of radiation.  Not all of them are teachers but every last one of them had a huge impact on the world.   Women are often and wrongfully neglected in this world, but a big change is on the way. 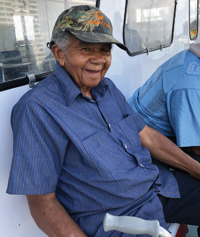 My great grandpa Hollis Douglas turned 90-years-old this month. He is the oldest in my family and he still does lots of things including driving, cooking, fishing and fixing things around the house. We took him on a charter fishing boat to celebrate his birthday, and we all had a great time. It makes me feel happy to see many older African Americans doing these type of things, and I hope my grandpa has the best time being 90. 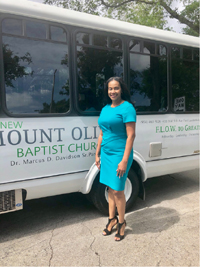 This week I would like to recognize Dr. Rosalind Osgood. She is the CEO of New Mount Olive Development Corporation. She is the only African American District 5 School Board Member and is one that loves giving back to her community. She is the Associate Minister at the New Mount Olive Baptist Church and is a mentor to me and many others. 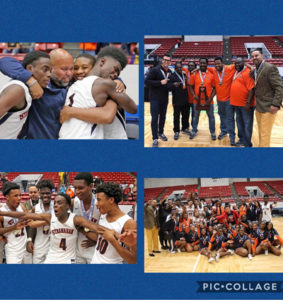 When does one become ‘Black enough?’

When does one become ‘Black enough?’
[…]