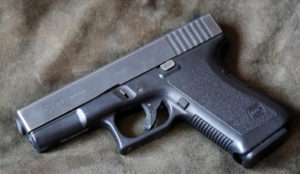 Gil Scott Heron used to say America led the world in “shock” and this past weekend, the country once again demonstrated why. One more time hatred giving voice through the barrel of a gun took lives both young and old.

Fueled by the racist and dehumanizing rhetoric of President Trump, two hatred infected males decided to kill as many people as they could.  In a manner both savage and cowardly.  President Trump of course sent his condolences to the families of those he had help target for murder.

Yet the divisive words of this President, as odious as they are, could not stink the way they do if the Republican Party and his supporters would speak out against what he says. And how he says what he does. But they will not. No tragedy is tragic enough to compel them to do so.

The Republicans have put party ahead of country and his supporters see nothing wrong with how he labels people in the manner he does. They believe, like he believes, that some people are animals because of their place of birth or because of their ethnicity or because of gender or sexual orientation. They, like he, believe further those individuals have lives not as valuable as theirs or the President. He ,like his followers, will justify any vilification of people they deem enemies.

He has characterized Mexicans as thieves, murders, rapists, and an invading horde.  He has told Americans that those coming from across the Southern border want to do so illegally.  He has let the country and the world know that he believes there are no redeeming human attributes to these people.  He has lied about these people over and over again.

How can his supporter then not believe that there is nothing wrong in assassinating those whom the President has designated as enemies of America?

Whether the President or those who support him want to believe it or not, the blood of those killed this past weekend is on the President’s hands and on many in the Republican Party.  Whom for the most part has been silent about the obloquy voiced by this President.

The mental illness issue, while perhaps a consideration, does not have the impact on mass murder those who support the Presidents irresponsible and fustian speech would have us believe.  Not even 25% of mass shooters have mental illness. In actuality, it is the President who may need a mental health examination. There are times he sounds absolutely deranged.

But none of that seems to matter.  He will not stop saying the things he does.  Statements that incite and inflame violence. Nor will those who support push him to do so.  That will not happen.  But what will happen is there will be more deaths, more domestic terrorism and more implicit support of white nationalism by this President.

Why?  Because he and his supporter are not content with dividing America as completely as can be done.  What they appear to want is another Civil War. But with a different result.  And if you believe that’s hyperbole just watch and pray.