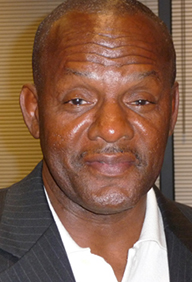 6 “In court, don’t let anyone take advantage of a person simply because that person is poor. 7 “Be very careful if you say that someone is guilty of something. Don’t make false charges against a person. Never allow innocent people to be killed as punishment for something they did not do. Whoever kills an innocent person is evil, and I will not treat a guilty person as innocent. Exodus 23:6-7

Too often we take what  we may consider the “easy way” to resolving issues not realizing the consequences nor the anguish we may cause. It’s so simple to spread lies and give evil to the enemies just by opening our mouths without the correct information and without first hand knowledge or being an eye witness.

Here is a story about how truth, lies and deception played out in a man’s life from pain to freedom. Just like this painful situation we partake in hurt and cruelty in this life of a pandemic, political trickery, systemic racism just to name a few orchestrated plots to destroy.

On September 24, Barney Brown will celebrate 13 years of freedom, after 38 years of wrongful incarceration.

His name might not be familiar to you; however, and unfortunately, Barney’s story is  one that has become far too common regarding wrongful convictions in the history of the United States.

As a 13-year-old Black child living in Hollywood, Florida in 1970, Barney was falsely accused of raping a white woman and robbing her husband.

Barney maintained his innocence from the beginning, telling the police that he didn’t know anything about the crime. Guess what: the police didn’t believe this young Black.

During his interrogation, Barney’s right eye was beaten and swollen shut. Till this day he still  cannot see out of it.

When tried in juvenile court, Barney pled not guilty.  The victim was called to the stand, but she could not identify Barney as her attacker. Barney was acquitted of all charges and his case was ordered to be dismissed.

One would have thought that Barney’s case was over; it wasn’t by a long shot.  Even though he was acquitted in juvenile court, the prosecutor retried him in adult court and asked for the death penalty.

The Constitution’s prohibition of double jeopardy, which says a person cannot be tried for the same crime twice, was violated and Barney was convicted.  Some would call it a reprieve from death, but as a juvenile in an adult prison, a life sentence without the possibility of parole is nothing less that death.

“Prison,” Barney once explained, “was a living hell.” “Every day, then every year, then every decade, I knew I would get out of prison because I did nothing wrong.”

After almost 40 years, the truth ultimately triumphed. Attorneys Susan Dmitrovsky and Benedict Kuehne brought Barney’s case before Judge Antonio Marin of Florida’s 11th Judicial Circuit Court who ordered Barney’s conviction to “be vacated and the defendant discharged from all liability for the charged offense.”

“This case,” Judge Marin ruled, “presents a clear example of a grievous constitutional double jeopardy violation. … Mr. Brown should have never been forced to defend himself against the same rape and robbery charges a second time. His life sentences for the 1970 adult court convictions should have never happened. His incarceration within Florida’s prison system for most of his adult life should not have taken place.”

Be very, very careful when we pass on information concerning life.

This Wuhan Coronavirus has focused our attention on what has been happening right under our own noses. It’s like Chickenpox,  Measles, Mumps and the Flu have taken some steroids and morphed into the $20,000,000,000 AI virus. […]

A Message From The Publisher […]

Welcoming the National Newspaper Publishers Association to Fort Lauderdale has reinforced and confirmed my beliefs to the need for the survival of the Black Press. As we stand on the precipice of a new beginning for the disseminating of information to Black people, about Black people, telling our own story and writing the narrative for us. For the record, let us not forget the path from which we came. […]