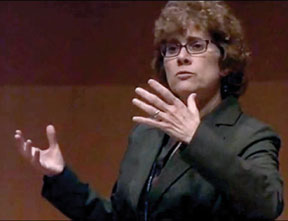 Hundreds with HIV could donate organs to others with HIV: Study

“The findings are significant because there are not enough organ donors in the United States to meet the needs of all of the patients who might benefit from life-saving organ transplants,” senior author Dr. Emily Blumberg, a professor in the infectious diseases division at the University of Pennsylvania’s Perelman School of Medicine in Philadelphia, said in a university news release.

“Some of the patients waiting for organs are infected with HIV but never make it to transplant because they either die while waiting or become too sick to be transplanted. HIV patients who undergo transplantation generally do well, so it is important to continue to look for ways to improve access to transplantation for them,” she explained.

The study was published online May 14 in the American Journal of Transplantation.

In November 2013, a law called the HIV Organ Policy Equity Act (HOPE Act) lifted the ban on organ donations from one HIV-positive person to another. It remains illegal to transplant organs from HIV-positive people to patients without HIV, the virus that causes AIDS.

No known organ transplants from HIV-positive donors to HIV-positive recipients have taken place since the HOPE Act took effect, according to the researchers.

“The National Institutes of Health are writing guidelines to oversee implementation of the HOPE Act, so we expect to see the first transplants occur sometime thereafter,” study lead author Aaron Richterman, a fourth-year medical student at the Perelman School of Medicine, said in the news release.

On Tuesday, the U.S. Food and Drug Administration announced its intentions to allow gay and bisexual men who have abstained from sex for one year to donate blood in the United States. Implementing the “one-year deferral” clause would reverse a three-decades-old ban on donations from this group that traces back to the start of the AIDS epidemic.

The FDA said it was changing its policy based on data from other countries that show allowing such donations would not increase the risk of HIV-tainted blood entering America’s blood supply. The agency said it would collect public comments on the proposal for 60 days before issuing final rules.